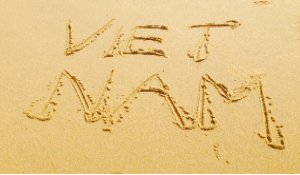 Throughout my lengthy aeronautical sojourn eastwards, I reflected on days gone by, predominantly dwelling on the futility of war – in all my years as a soldier on the operational front, it has always proved incredibly difficult to determine precisely what good ever evolved from armed conflict – the older I have become – and the more I attempt to vainly fend-off the ever-encroaching liberal tendencies that now sit precariously close to the periphery of my sense of reason, one is left in little doubt that there exists but a mere handful of organisations who unashamedly benefit from pan-global unrest; including; suspect governments, Arms dealers and international media being the main benefactors from any form of blood-letting, in any corner of the world.

The power of television to influence world events is manifest, I watched coverage of the Vietnam War from its near USA/Australian commencement, right through to the closing stages of the conflict, and equally, saw the massive relief – incredulity almost, that the long and hellish ordeal was finally coming to an end – and then being sickened by the fallacious claims, with typical immodesty, by intercontinental television companies, that it was their wall-to-wall coverage that eventually forced the hands of the politicians – making it impossible for them to keep pouring American/Australian plentitude and soldiers blood into an unworthy and reprehensible struggle.

In stark contrast to these pointed assertions however, there was something credible in the networks claims. Graphic illustrations such as GI’s setting fire to the roof of a grass hut, in the inane belief, inexplicably held by respective Command HQ’s that villages had to be destroyed in order to ‘save them’. Or pictures of soldiers smoking pot through the barrels of their rifles, or the interminable succession of body bags, each delivering the unquestionable horror and human wastefulness of the war into the lounges of the outside world, none more so than the mothers, fathers, wives, sister and brothers of those tasked in assisting with the annihilation of an otherwise bunch of unskilled will-o’-the wisp brigands – the same who would eventually overcome the military might of the most substantial Army in the world by refusing to comply to the rules of conventional warfare – not in their backyard!

As much as the politicians succumbed to the opposition of the war, whether they wanted to or not – the worldwide public’s reaction to the televised coverage certainly contributed in achieving détente – it was finally over – the troops returned home and the politicians began to count the full cost of their heinous faux pas – and the TV cameras stopped rolling – yet for over 1000 military personnel still trapped and imprisoned in Vietnam – their war continued – they were never to go home!

Before long, I was to discover the brutal truth behind their demise.

After giving myself a couple of days to recover from the draining effect of a prolonged and tiring journey to Far Eastern climes, that of which ferried me to Bangkok, then to Hanoi, I soon boarded train No. SE3 in the direction of HO Chi Minh City, some 1720kms south of Hanoi, but a pleasant, (overnight) rail transfer it proved to be, constructed along a national tracked route that is referred to as the Re-unification Railway Line, one that takes in some of the most incredible sights in the entire world, there exists are a veritable feast of beautiful attractions such as, high mountains, verdant valleys, deep forests and of course, the ocean, namely, The South China Sea…as I gazed from my sleeper compartment across the magnificent scenery, it struck me as incomprehensible that such a sublime panorama was once compromised by warring nations, the tranquility that oozed from the natural sights that graced my eyes, seemed bereft of anything that suggested otherwise. 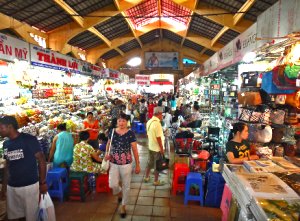 Ho Chi Minh City, (Formerly known as Saigon) is a vibrant and attractive metropolis, located far south in the former French colony, a bustling centre and one that was famous for its pivotal role in the Vietnam War. In modern times, it has retained much of the Gallic presence that once was, I was immediately struck by its resplendent, French colonial architecture, including that of the Notre-Dame Basilica and the neoclassical Saigon Central Post Office – the European ‘feel’ is quite intense when strolling through this intoxicating municipality – but familiarity with the western world is soon quashed when one enters the area known as the Ben Thanh Market – food stalls are packed and lined throughout the city streets, but nowhere more so than the aforementioned retail arena – my original aim hitherto, on this particularly hot, steamy day, was to casually jaunt from train station to the War Remnants Museum, no more than a considered 30-minute stroll, but a gentle walk that failed to take into account the immense distraction of rattan and corrugated covered kiosks, those vending divine examples of Vietnamese cuisine – and for a rock-bottom tariff that was as inviting as the nutriment on offer.