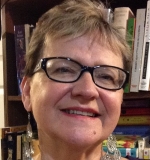 Twenty years ago, travel no longer appealed to me. Last year I visited China. What a time! 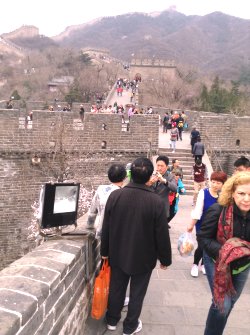 I’m not sure how this happened. I know how the trip came about, but I can’t believe it happened to me—the rooted homebody. I had coffee with a friend one day when she bemoaned her wish to travel, but with whom? “Where would you like to go?” I asked. Less than a month later, we were booked on a twenty-three-day trip to multifaceted China. Of all the choices available, China fell into our laps.

My friend had been everywhere and wanted something unusual. We stumbled on a special sale. If nothing else, our trip would be different. The price was attractive and inclusive. We’d be nuts not to take it. Haven’t we all been fascinated with stories from childhood of digging our way to China?

Contacting our personal dentists, we begged a handful of masks against the pollution we’d heard about. I didn’t see more than a handful of masks worn there, and they looked more like fashion statements: pink or black eyelet on females and some plain white ones.

We flew from Toronto to Chicago, then thirteen plus hours to Beijing. It was the end of March. Young willow trees flanked the pristine highway. Fresh scents of spring and robust birdsong welcomed us. No pollution about. We passed blocks of empty, unfinished apartment buildings, gray, forlorn, and forgotten. Blocks of demolition in the older parts of the city were cleared for new construction. Faith in progress: If you build it, they will come.

Surrounded by huge Chinese signs I couldn’t read felt intimidating. At the airport, Chinese signs were everywhere too, but I hadn’t zeroed in on them in particular. 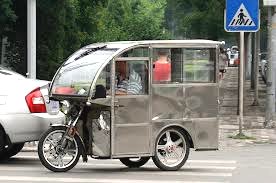 To the seasoned traveler, the city traffic might not have been mind-boggling, but it was to me. Buses, cars, tuk-tuks, motor bikes, and bicycles vied for the same lanes. Trucks aren’t allowed within city limits. Tuk-tuks, motor bikes, and bicycles had a driver, sometimes a passenger, and maybe additional loads of bound cardboard, Styrofoam, or bundled wood. I noticed all manner of unsafe footwear; no safety helmets anywhere. One example: a mother and child on a bike, the child loaded in a basket behind her (minus helmet or safety harness), the mother in high heels and a pencil skirt.

I shut my eyes when five or six lanes of various vehicles exited to four, or four to six lanes. They looked like schools of fish, weaving, swaying, following. Horns blared, brakes squealed and groaned, but I observed no road rage or impatience like we are used to in North America.

The women in our party had an eye-popping experience at our first dinner. The men were served first and loved the attention. Wives rolled their eyes. Of course, the young Asian waitress was stunning and tiny. 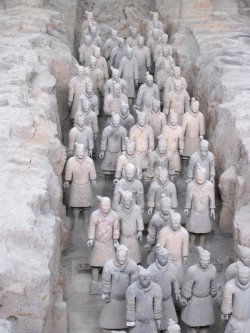 After the first night and everyday afterward, breakfast commenced at 6:30 a.m. We left the hotel by 9:00. Forbidden City was the first stop, the Great Wall of China, the Ming Tombs, and the Summer Palace next. All our tour guides were knowledgeable about reams of their history. Tiananmen Square was overpowering. The Longmen Caves were magnificent. The Terra Cotta Warriors were breathtaking, a spectacle all their own. We visited the Panda Zoo, watched an impressive outdoor performance with a bay as backdrop. I experienced genuine fear of being crushed or lost at this park. Few people surrounded us at first, but the numbers swelled, it became dark, and everyone pushed in the same direction. The show was magnificent though. 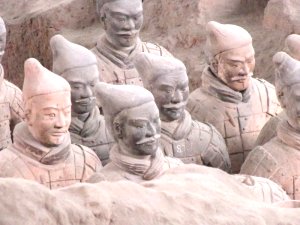 We visited Olympic Park and except for numerous kiosks selling the same tourist toys and trinkets as each other, none of the exhibits were open. The day was hot. There weren’t any trees for shade in the main park, but father down by the water there were lovely walks, gardens and boating.

About the middle of the tour, we spent five nights and four days on a Yangtze River Cruise. The buffet food service was more varied and plentiful on the ship, but delicious everywhere, and different from Chinese food as we know it.

Plan, Practice, and Partner: 3-P’s to Preparing for Retirement Life