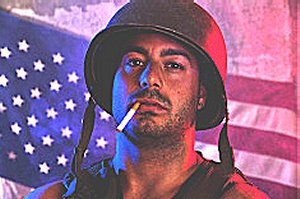 “Vietnam was what we had instead of happy childhoods”. (MICHAEL HERR)

Editor’s Note: The following is a post about one man’s journey for answers about life, death, love and war. Although lengthy we believe it is well worth reading the entire post.

When I was a child growing-up in my native Edinburgh during the late 1950s, a small boy, of similar age to my own, was killed in a fatal accident close to the thoroughfare in which we were raised.

His parents initiated what all kin did when there was bereavement within the dynasty, as they waited for the day of the funeral, they placed the coffin of their dearly-departed in the room that faced the street, drew the blinds and withdrew into their immeasurable grief.

Notwithstanding the all-too-transparent verity that I was still a considerable distance from attaining the threshold of puberty, I nevertheless sensed from my parents grieving reaction to this frightful tragedy, that I had entered adulthood somewhat prematurely, the measure of loss that woefully permeated throughout our community as a whole, was of massive proportion, with collective sorrow being unashamedly exhibited on a scale that I had never witnessed during the brief epoch of my immature existence.

This was postwar Britain, or more to the point, my little segment of it, positioned most notably in a working-class area, where years previously, people of my parents era, occupied spartan dwellings that were clustered around numerous factories and busy docks, where Goering’s bombs had indiscriminately fallen on Scottish soil, night after harrowing night.

The sagacity of convergence that evolved from the madness of one ‘Bohemian Corporal’s obtuse quest for world domination was incredibly resilient, nurtured further by the reassuring comprehension that the vast majority of my locale, similar to countless others throughout Europe and beyond, had actually survived the worst that two world wars had thrown their way, thus realising shared hardship and indefinable misery as predominantly, the social adhesive for everyone, throughout thick and thin. Irrespective of the then societal status quo, I was left in a state of emotional perplex, one day I had been playing football in the nearby park with my childhood friend Hamish, the next, he was gone, forever!

A mistimed negotiation of a busy road, en-route to a nearby, indoor swimming pool, some 24-hours later, resulted in the sickening collision of four tons of an out-of-control mechanised force, and that of a 10-year-old child, the latter of which was ruthlessly ejected some twenty-feet into the air at point of contact – mortally broken and ultimately coming to rest over one hundred feet away from his intended crossing point. 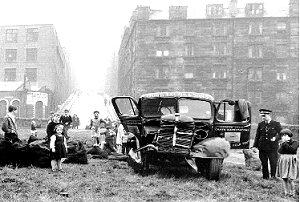 One of the major hazards of writing about the sentimentalising of victims is that memory can – and indeed often does, become seriously tarnished – or possibly, fancifully enlarged, thanks to the passage of hazy time, but not my own!

Gone are the days, thank God, when all feelings and emotion were, in reprehensible Victorian fashion, once suppressed, thus hellishly negating personal ‘circumstances’ to the bin-of-little-or-no-importance, that of which demanded shallow and wholly inappropriate, antiquated demonstrations of the British stiff upper-lip – this sickening criterion ended for me in the June of 1959, my first-ever sight of seeing grown-up’s weeping uncontrollably.

The funeral mass for my fallen playmate was held at the local parish church, my brother and I, in the company of two other altar boys, each of which had cultivated a tight-knit friendship with our now lifeless companion, and right up until the instant of his appalling termination, unenthusiastically contributed to the committal rituals associated with the Catholic Church.

Hamish senior, an otherwise proud, six-foot-two, father of three elder daughters, and one now deceased son, had served gallantly in the desert war against General Rommel and the Afrika Corps, proudly possessing a brace of medals to confirm his heroic participation in a plethora of fierce battles that frequently occurred on North African soil during the early forties.

He now woefully stood at the altar of a small Edinburgh chapel, aged stooped in a submitting stance – one far-removed from the militarily dominant posture of an earlier day Sergeant Major – distressingly adjacent to a coffin that bore the youngest of his brood. 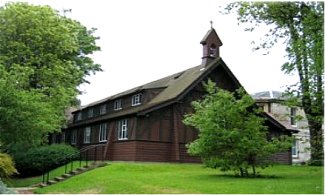 In many respects, this heartrending chapter forged within me, the critical importance of human life, well before a period that I was expected to fully comprehend the wretched consequences of been born – in that it is all going to end one day, by virtue of the aging process, general decline of the bodily framework – and/or, unforeseen calamities that would needlessly and inexplicably, destroy one’s biological composition, in but a flash!