“It was God’s intention for it to be that way”, (A frequent, if not disillusioned mantra that constantly resounded within my Celtic domicile throughout the years of one’s upbringing) …but why did God allow kids to die so young? I often raised this infantile query with my parents after young Hamish left our midst – that of which was met with the identical, inane retort, “God, on occasion, can and does work in mysterious ways.”

I wasn’t buying it, I appallingly surmised that we had many elderly people living within our community, why didn’t the deity opt to call time on one of them – and mercifully spare my childhood companion?

There was the widow, Mrs. Dodd after all, she lived just around the corner, one who had, [quite unbelievably] fervently boasted to me, when, in my capacity as a newspaper boy, one commissioned to deliver the first afternoon edition of the Edinburgh Evening News to the inhabitants of the 19th century tenement buildings that made-up our commune, that her birthday fell on the very day of the last public execution to be witnessed in the city; ergo; 21st of June, 1864!!! (George Bryce, aged 30, hanged at Libberton Wynd in Edinburgh for the murder of a 23-year-old nursemaid). Mrs. Dodd’s had apparently outlived my extinct playmate by an astonishing 85 years! 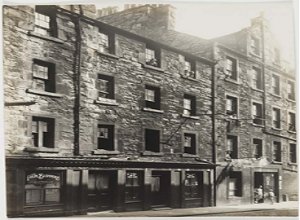 The sickening mathematics and parental disclaimers to my intrinsic enquiries regarding the injustice of it all ultimately led to a thick ear and extremely sore backside, justifiably so, with the benefit of adult hindsight of course.

How I craved for the courage to [surreptitiously] unbolt the window of young Hamish’s home, thus accessing the room in which he lay, then to draw back the heavy, dark curtains and gently relay to him – one’s own [puerile] sense of remorse – and that of the void he had left within me – common sense prevailed however, painfully assisted by the continuing physical discomfort of very tender buttocks.

Despite one’s hitherto greenness of judgment at that innocent, fertile juncture, the abrupt and unexpected evaporation of a former companion’s company, (and from that day to this) – never removed itself from my disillusioned mind – for children to perish, long before those who created and reared their respective progeny – just did not add up!

Life was never quite the same after this grave catastrophe, as time wore on, and with countless questions remaining unanswered, my father and I argued constantly regarding the spiritual ambiguity that inexplicably revolved around the theological principles of the Holy Catholic Church – plus the one-sided nature of Christian belief as a whole.

Consequently, some years later, I finally severed the-ties-that-once bound – and metaphorically-speaking, ‘jumped-ship as a wet-behind-the-ears, 16-year-old during the early spring of 1967 – being at best, a socially, sexually and spiritless virgin – armed only with an imperceptive game-plan to uncover truth, unabashed veracity and inner fulfillment on the shores of Australia.

However, the far-reaches of the Antipodes were shortly to graphically divulge to me, man’s inhumanity to man – and that of God’s bogus legitimacy within the world order. 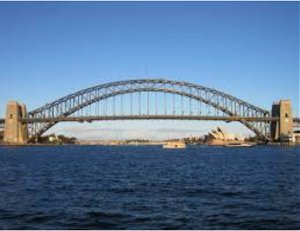 Once ingratiated within my new territory, and with meaningful and well-paying employment reassuringly secured, I contentedly dwelt on the top- floor of a three-story, colonial style accommodation on Alfred Street, a quaint, late 18th Century abode located at Milsons Point on the north shore of Sydney – situated near to both the famous ‘Coathanger’ Bridge – and that of a large amusement arena known as ‘Luna Park’. 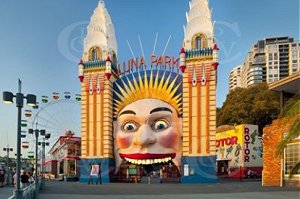 As the weeks and months passed, I was becoming increasingly astonished by the speedy manner in which I had been seduced with life on the other side of the world, deliciously aided and abetted by the presence of a new girlfriend, a vivacious Sydney-born ingénue who stole my heart at first glimpse.

Replete with intoxicating curvatures, if not occasionally reticent conversation-levels, yet those reflecting a joint common denominator with my own thought processes – and adorned with a skimpy, sartorial sense-of elegance, that same that sent my teenage testosterone levels sky-high, I was in heaven – within a week of relationship lift-off however, it was revealed to me that both she – and that of her widowed mother – in real terms, lived-out their respective existences in a superficial, near-empty continuation, locked in agonising purgatory – the consequences of a missing, uniformed sibling and son, lost somewhere, and for over 11-months, on a battlefield in Phuoc Tuy Province, South Vietnam – the root of their indefinable despair.

During a balmy, dark, October night, shortly after our first meeting, my girl and I aimlessly meandered hand-in-hand through the narrow main streets of the thriving metropolis that is Sydney, during which she extensively expanded on the fullness of the family plight, my new-found love confessed that she had painfully reconciled herself to the dire corollary, that her only [elder] brother had expired within the palm groves of Long Tan in the August of ’66, her mother on the other hand, could never bring herself to accept that conscripted ‘Devlin’, had needlessly perished on a south-east Asian battlefield, so far from home – without saying goodbye!