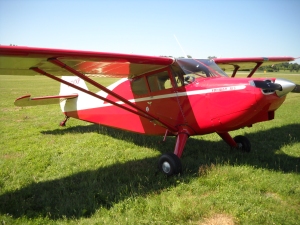 Streaks on the water indicated a wind of about 25 miles per hour, the direction of the streaks clearly pointing to the direction of the wind. A float plane drifting on the water is an ungainly boat but with much more sensitivity to any surface wind. Obtaining a “float rating” require that a pilot learn, among other things, how to sail his aircraft along the surface of a lake, using aircraft control surfaces as well as opening doors if necessary to grab more wind.

Like with most other things, the lessons of aviation rarely come when everything goes as planned. Most often, lessons are delivered when things go wrong. I have had more than my share of lessons over the years and most of them came after I made a judgment call that wasn’t in my best interest. The thing about pilots is that we share our errors with other pilots in an effort to keep each other from making the same or similar errors. I have certainly learned from the mistakes of my fellow aviators and I suspect others have learned from my screw ups. Fortunately, I have never crashed an airplane. That said…I should have on several occasions!

I had flown over a particular gravel bar on several occasions. The bar had formed, perfectly, at the mouth of a crystal-clear stream draining from higher country. It emptied into the Skwentna River west of Anchorage. Each time I had flown over that spot, I was on my way to or from another location and never had time to stop. On this day, however, that particular gravel bar was my destination. The salmon were spawning, moving from the salt water where they had spent several years. They were now moving back into fresh water; in fact moving into the exact rivers and streams where they had been hatched, to spawn and then die. Catching salmon in these conditions was almost 100% assured and my freezer needs some fish!

I placed 4-5 of my favorite fishing rods into the back of the plane along with my survival gear (a mandatory requirement when flying in Alaska), a firearm to protect myself from bears, a couple of sandwiches and a few bottles of water. It was July and the sun this time of year would provide some 20+ hours of daylight; plenty of time for a great day of flying and fishing. 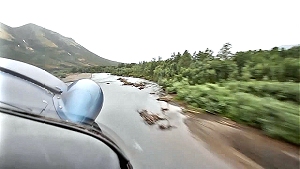 I’ve owned 7 airplanes over the years and each was my favorite at the time. Much like cars, airplanes all have their specific purposes. Some are made for aerobatics, others are intended to haul passengers in comfort at high speed and other, more specialized aircraft are designed with STOL (Short Takeoff and Landing) purposes in mind, a popular category in Alaska where off-airport landings on short, rough terrain is quite common.

The flight from Anchorage’s Merrill Field would take just under an hour and there was about 3 hours of fuel on board; plenty of fuel for the roundtrip plus reserves.

As I approached the gravel bar, I could see from a distance that it appeared shorter than what I remembered. I descended, lowered 20 degrees of flaps and slowed down to take a better look. The recent rainfall in this area had caused the water level to rise in both the river and the stream, encroaching upon the gravel bar and essentially shortening it by some 25% it seemed. I flew over the bar from both directions, carefully measuring the time and airspeed from one end to the other. I made several passes and then averaged my calculations. I also needed to allow for the wind which I could only estimate. The numbers indicated that there would be enough room…just BARELY enough room. Here is where my flawed thinking truly kicked in! Any decision that requires such close calculations should immediately be decided in favor of safety. I should never have landed! Unfortunately, the large salmon could be seen in the shallow water and I knew that giant rainbow trout would be following the salmon, ready to eat their eggs as soon as they were laid. I wanted those fish and I imagined one of those Rainbows would easily be in excess of 24 inches long…a nice trophy! I was also an optimist. It would be fine. Against my better judgment and disregarding the mandate for safety first, I established an approach, reduced power, added full flaps and made a great landing which took nearly all the distance to come to a stop. Wow! Didn’t expect that!

Once on the ground, I immediately began to have second thoughts! I had just landed my personal airplane on a short, remote gravel bar 100 miles west of Anchorage, Alaska. Due to my poor judgment, it appeared that I had landed on a gravel bar that was too short for me to become airborne again and I needed to find a solution. 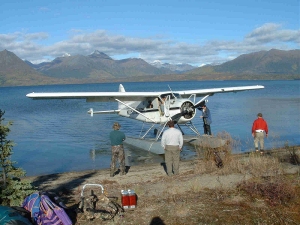 While I had definitely screwed up, my situation was certainly not hopeless; embarrassing, for sure but not hopeless. I had not crashed and my aircraft was in great shape with no damage. I had survival gear, food, water and a firearm. I could take shelter inside the aircraft if necessary. Although normal radio communications were unlikely unless I could contact another aircraft flying nearby, I did have an ELT (emergency locator transmitter) that I could activate and would broadcast my location to rescue personnel. For the moment, my life was not in danger and I did not need to be rescued. The ELT could remain silently in its mount for now.

While salmon were jumping and rolling all around me, catching them and keeping them was now out of the question as their added weight inside the airplane would only make my situation worse. As I pondered my dilemma with some amusement and much humility, I pulled a rod out of the back of the airplane and flipped a lure into the water. In only a few seconds, I had a nice salmon. Ordinarily, I’d be thrilled but under the circumstances, all I could really focus was my situation. I released the salmon and repeated the process several more times, each flip of the lure resulted in another nice fish. Enough! I was wasting time and I had work to do!