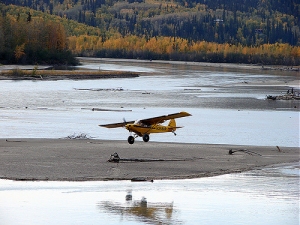 I applied sufficient power and began the careful, slow rough taxi to the very end of the short, remote gravel bar about 100 miles west of Anchorage, Alaska. The airplane lurched and staggered over softball-sized rocks as I slowly picked my way along. While the main landing gear was quite sturdy, the small tailwheel in the rear of the airplane could be damaged by these large rocks. I taxied a bit into the shallow water at the far end of the gravel bar as the swift glacier-fed waters strengthened by several days of heavy rain in the hills above, rushed over the landing gear. I depressed the left brake, added power and spun the plane around to face the opposite end of the short gravel bar, the tail wheel now under water. I would need every inch of ground available if I was to get airborne before running off the end of the bar and flipping over into the raging, frigid river ahead. My mistake, made several hours ago, was to land on a gravel bar that was too short to take off again. Most airplanes require shorter distances to land than is needed to become airborne. I had really screwed up this time and if I couldn’t find a safe way outta’ this mess, I’d become just another “pilot error” statistic.

Everyone has to do something and before Diane and I retired to Ecuador and then Mexico a few years ago, my career track looked like a drunken, psychotic clown had charted it, in the dark, drawing with his big clown feet. It wasn’t that I had no direction it’s more like I accepted opportunities as they came to me and I was quite fortunate that great opportunities always seemed to present themselves. I worked hard at being versatile and professional in all that I did. I held professional certifications as a welder, aircraft pilot, commercial hovercraft pilot and behavioral specialist working with challenging youth. It was working with the nation’s most challenging teens through the Boys’ Town organization where I learned patience!!!!

I owned a number of businesses over the years (most moderately successful) and ran businesses for others. I eventually found my way into the non-profit sector where I served as a regional CEO for a large, internationally known organization. However, of all the things I’ve done with my time, flying airplanes is my all-time favorite!

I certainly don’t consider myself to be a great pilot, although flying bush planes in Alaska was quite a gig! At best I think I am average and certainly, lucky! I’ve had numerous discussions with other pilots in several countries. Their perception was that a bush pilot in Alaska and other remote locations gains much more experience than those flying in “civilized” environments with good weather forecasts and numerous airports. The type of flying I was fortunate to do is often considered the best training imaginable for pilots as most landings occurred “off airport” on gravel bars or short flat patches of ground nearly anywhere. Flying on floats meant landing in rivers, at the mouth of streams and in lakes or fjords. The freedom to land practically anywhere often came with a high price if things went wrong. 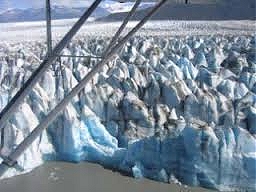 There are old pilots and there are bold pilots. But there are no old, bold pilots! Those of us who fly airplanes have heard that saying many times. The truth of the matter is that flying small, bush-type airplanes in Alaska and other remote locations around the globe requires a certain amount of boldness.

Before the days of GPS navigation, when electronic navigational aids were sparse in the vast wilderness of Alaska, getting from point “A” to point “B” often required a bit of luck mixed with some skill and, of course, a healthy dose of that “boldness” mentioned above. Despite best efforts, the line between boldness and foolhardiness can be a bit obscured at times. Legendary bush pilots in years past took chances that most current pilots would never take. Their aircraft were far less reliable and their missions, extraordinary! Many lost their lives while combatting the harsh elements of Alaska. Even today, the harsh Alaska environment claims lives every year.

Weather forecasts, particularly in and around the numerous mountain ranges, were and remain terribly unreliable to the point that they are often ignored in favor of flying toward your destination and “taking a look”. Mountain passes forecast to be open, clear and cloudless could be socked in with fog or snow upon arrival, making it impossible to penetrate. Worse yet is a pass that is open at the entrance, only to become foggy and impassable once inside the narrow canyon walls, often too narrow to turn around. The outcome in those situations is usually grim.

Pilot reports have always been invaluable as one pilot navigates a particular pass and then radios the conditions to the nearest FAA (Federal Aviation Administration) Station to assist other pilots.

I learned to fly in Alaska as a young guy (I’m well into Old Dude status these days). I had a number of instructors while obtaining my initial ratings, several who had been flying Alaska’s bush country for a long, long time. Not only was I schooled in the required basics of navigation, weather, airmanship and flight planning but I was also provided with invaluable training in flying the mountains and off-airport operations; learning things that are not taught from any official training material. 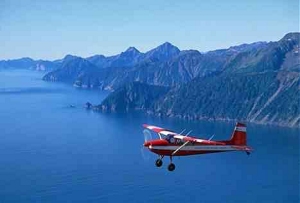 Once my official training was over, I was then free to continue learning on my own as I flew my small planes through numbers of mountain passes and into and out of some very remote lakes, rivers and gravel bars that served as runways where regular runways did not exist. One learned to read the water and determine wind direction by looking at the leaves on the trees (the underside of a leaf is typically lighter in color than the top and would reveal the direction of the wind when landing on a remote lake).