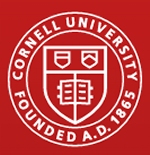 XKathleen Briggs Background:
Kathleen Briggs has worked at the Smithers Institute at Cornell University for over 10 years. Recently, she assisted with a volume by Professor Peter Bamberger and Samuel Bacharach titled Retirement and the Hidden Epidemic (Oxford, 2014).

Additional information on this topic can also be found at the Smithers Institute web page.

Drinking conjures many images in the popular culture. There’s the hard-drinking type and the lonely alcoholic; the beer culture of the working man and the cocktail parties of the upper class. These stereotypes tell something of the truth, but not the whole truth, and certainly not the nuances of drinking in our 60s and beyond, I learned while researching “Retirement and the Hidden Epidemic,” published last year.

Not all older people are equally predisposed to developing unhealthy or problem drinking. There are various attributes that are associated with greater at-risk drinking in later life. These include gender, age, race or ethnicity, education, and income; physical and mental health; coping style and previous use of alcohol or other substances; experiencing various life events, such as divorce; and engaging in bridge employment.

Over all age groups, men are more likely than women to drink, and are likely to drink in larger amounts. And older men have a higher prevalence of unhealthy drinking than older women.

Almost all studies of drinking in older people, find that the “young old” – i.e., people in their 60s and early 70s – tend to drink more than those in their late 70s and beyond. Those who are in later the stages of retirement (81 and older) are most likely to be non-drinkers and least likely to report unhealthy drinking. That said, heavy drinkers are less likely to live until their 80s and 90s. In men, moderate drinking usually remains stable while heavier drinking decreases, while for women, the pattern was the opposite: moderate drinking decreases in increasingly older groups of women, but heavier drinking remains stable.

There is a fairly consistent picture of the older drinker. Alcohol use tends to be higher among people who are white; divorced or separated; less religious; in generally good health; highly educated; and possessing greater financial resources.

The relationship between health and drinking is complex, and involves multiple chains of causation and relationship. Older people who are in better health are more likely to drink, and are likely to drink more, than their age-mates in poorer health. At the same time, people who drink heavily in late life typically report poorer physical and mental health than those who restrict their consumption. As health-related problems increase, alcohol consumption generally declines. Also, acute health events were associated with less alcohol consumption. However, a significant subset of individuals with greater health burdens relied on alcohol to reduce pain.

Older people who are divorced, separated, or single are more likely to drink, and to drink at unhealthy levels, than married people; and married people are more likely to drink than those who are widowed. The loss of a life partner is associated with increased drinking, but only for a short time. This is testimony to the fact that drinking has a strong social component—which may decline in importance after a spouse passes away.

Sometimes retirement doesn’t represent the end of one’s career, but simply a pause before a new employment gig is taken up. Older workers who engage in bridge employment share characteristics not only with the younger workforce, but also with retirees. There is some evidence that bridge employment lowers one’s risk for heavy drinking, especially if the work is in one’s career field or is otherwise enjoyable. However, others may find bridge employment to be stressful, especially if they don’t fit in with the younger workers or find that their skills are lacking. Under such conditions, alcohol might serve as a ready means of reducing the tension arising from new workplace demands (cognitive or physical) and age discrimination (real or perceived).

Late-life drinking is a complex problem. Development of drinking problems as one approaches and passes retirement age is not uncommon, but the risk of harm lowers dramatically if one is not a heavy drinker to begin with, keeps in good general health, maintains a sharp mind, develops good coping mechanisms, and manages stress (work-related or not). Learn what steps you can take to identify and monitor drinking patterns so that you can safeguard your health.