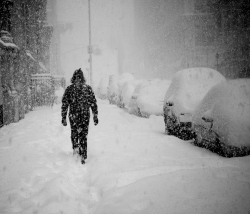 That’s the perfect word, the word that describes the plight of millions of Americans this past winter. Residents in dozens of states have been dealing with harsh conditions that were punishing and relentless going all the way back to December.

The list of blizzards and Nor’easters that have swept across the country, some of them concentrated over the most heavily populated areas of our nation, reads like a litany of woe.

December 3 – 6, 2013. Schools were closed in Oklahoma, Arkansas, Texas and Tennessee as a wintery mix of snow and sleet fell across the central U.S. Parts of Minnesota got up to three feet of snow and wind chills reached 26 below across eastern North Dakota.

December 23 – 26, 2013. In upstate New York and Northern New England, residents faced the harrowing experience of spending Christmas without power after the region was slammed with a horrendous ice storm that brought down tree limbs and snapped power lines. 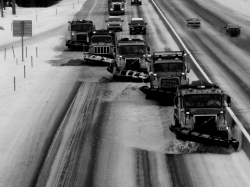 January 28 – 30, 2014. Children in Atlanta were forced to spend the night hunkered down inside their school buildings with their teachers after a rare snowstorm paralyzed the South. Jackknifed 18-wheelers and abandoned vehicles littered the highways of Alabama and Georgia while state and local officials scrambled to cope with the situation.

February 4 – 7, 2014. More than 9,500 flights were delayed and 1,800 cancelled across the country as blizzard conditions swept across the central plains. Schools and state offices were closed throughout Kansas and Missouri as residents were advised to stay in their homes.

February 14, 2014. Slick roads and icy conditions caused cars and 18-wheelers to become involved in an early morning 100 vehicle pileup on the Pennsylvania Turnpike. Several hundred more cars were caught in the ensuing gridlock as crews frantically worked to clear the carnage. Normal traffic didn’t resume until later that afternoon. One lady being interviewed on the roadside summed up her feelings by calling this winter “The winter from hell”. 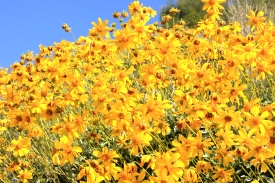 To millions of Americans, spring can’t come fast enough. The harsh conditions of the past few months have exacted a heavy toll, not only on the physical demands of people trying to simply cope with their daily routines, but also on their temperament and their ability to hold together an ever fragile psyche. It’s like sitting through a bad movie just waiting for it to end.

To me, here in Arizona, it has been exactly that.