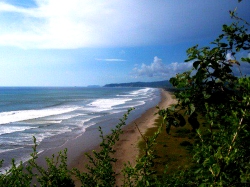 Let’s just imagine for a minute that you are among a large number of folks whose retirement planning didn’t go as well as you’d hoped. Perhaps your 401K under-performed or your pension fund collapsed or was raided. Maybe your home equity vanished when the economy tanked and you had some hefty medical bills that punched a huge hole in your savings… or your company was purchased by a corporate raider and you were “let go” prematurely as your 60th birthday approached. Perhaps a grown child moved back into your home and began to drain your resources. Or maybe your retirement plan was to hunker down and live off your Social Security check each month…a fund into which you had paid your entire working career. Many folks plan to do exactly that.

Maybe you shrewdly avoided the effects of the economic crash or possibly even prospered from it. You have a double-boatload of money and you just want to check out a place for a second or third retirement home.

If you are interested in improving your current retirement situation, regardless of the reason, you might want to take a look at the emerging nation of Ecuador!

Ecuador is a small country located directly on the equator on the western coast of South America. It’s easy to find on a map. Find Florida and draw a line with your finger straight south until you intersect the equator. That small country is Ecuador.
With a rich history and culture and an incredibly diverse ecosystem, Ecuador offers the benefits provided by several distinct regions, climates and altitudes. Running like a spine down the center of the country are the rugged Andes Mountains, home to several indigenous groups of Incan ancestry. Talk about cultural history!

There is also the Amazon region filled with dense jungles suitable for passage only with a guide. The coastal areas offer miles and miles of undeveloped beauty where the surf can be heard only by seabirds and crabs. There are world-class metropolitan cities as well such as the country’s capital, Quito, high in the Andes or the largest city, Guayaquil, on the southern coast. And of course, there are the world renowned Galapagos Islands. Yes, they belong to Ecuador.

Ecuador’s government is stable as is the currency which, by the way, is the U.S. dollar so there is no need to worry with conversions. 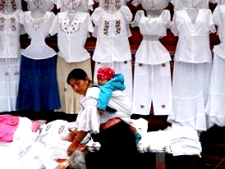 As the end of my working career approached several years ago, my wife and I were living and working in Florida. At the age of 62 and after suffering my second heart attack, I retired. I no longer had the energy or the will to continue to work every day. I had done the best I could but now…I was completely outta’ gas! I celebrated receiving my first Social Security check as if I had just completed running a double marathon. I had made it to the finish line! My wife, Diane, who was still in her mid-40s continued to work but our family income had been reduced by about 65% and we faced some significant financial challenges on the horizon. We had a small taste of what full retirement would be like and I didn’t like it!

Once I was retired, I had plenty of time to begin to research other options. While we certainly could have remained in the United States as most retirees do, reducing both our living expenses and our standard of living to the minimum, we suspected there were better choices to be discovered. We had heard of others who had moved to exotic sounding places and were living a great life…an improved and stress-free life on their modest retirement income. It was certainly worth checking out!
I wanted us to thrive…not just survive! I began our search.