Well, its that time of the year again, and after all the goodwill has evaporated, the tinsel packed away for another year, the new diet started and you have considered suicide after receiving your credit card statement, you may be planning a holiday to get over it all. How about a holiday in the sun? I can recommend an ideal place, and that is the island of Gran Canaria.

No, just for once, I am not talking about a leisurely sunshine break on one of our wonderful beaches, enjoying incredible nightlife and mountain scenery that is little short of spectacular. Instead, how about being shot up one hundred kilometers into space for a rather lovely view of the Earth, or the blue planet as the travel brochures will soon be calling it? 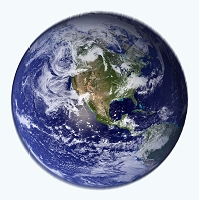 As surprising as it might be, Gran Canaria, has been selected as the place to shoot three satellites into space over the next few years, together with an orbiting spaceship for passengers, and offering supersonic commercial flights between continents that will reach five times the speed of sound. The new Spaceport is to be built at the existing and newly refurbished airport in Gran Canaria, which folk often forget is the third largest in Spain.

The small spaceship, known as SOAR, will indeed be cozy, offering accommodation for six passengers and two pilots, but I was sad to see that there will be no air flight attendants on board. How I will miss those safety demonstrations, in flight meals and sales of duty free, but I guess they will discover another way to get passengers to part with more cash. How about optional high quality oxygen for sale? After recent experiences with my fridge, cooker and dishwasher, of which country and make will remain anonymous, I was delighted to discover that it is the Swiss who will be designing and building the spacecraft. After all, even after a few hundred years, they still make such reliable watches, and I am sure that their time keeping and reliability will be impeccable.

This major new project will provide a tremendous boost to the economy of the island, with 60 million euros being invested in the project, together with the creation of new highly skilled jobs. However, given the island’s desperate attempts to block the major oil-drilling project off the eastern Canary Islands, which is supposed to create all manner of environmental disasters, and its preferences for ‘green’ energy and environmentally friendly policies, I fail to see how this is compatible with a major carbon producing activity such as launching spacecraft. No doubt the politicians will have an answer for me shortly.

I was also initially pleased and later dismayed to learn that the island has been selected because of its closeness to West Africa and Europe, as well as providing easy access to the Atlantic Ocean. Well, I cannot argue with the logic of that one, but the statement goes on to say that it is ideal for the launch of satellites, because there are no major centers of population below. Hmm, well, as myself and many other expats happen to live quite close to the airport, I am not quite so sure that they have selected the right location.

Of course, Richard Branson has already taken the first leap into space tourism. Not being content with offering banking and mobile phone services, he has created Virgin Galactic, which is due to launch from New Mexico in the US next year. There is already a waiting list of 500 people willing to pay around 150,000 euros for a flight, but Gran Canaria is just so much more convenient for us Europeans.

There we have it, Gran Canaria is clearly the only place to travel to for a vacation, whether it be on the beach or in space. All in all, I am rather excited about the whole idea and will be busily trying to find the odd 3000 euros, which will be the price of a ticket, tucked in the back of the sofa. It sounds like a great idea for a future holiday, but just as long as there are no tour reps on board trying to flog overpriced excursions, or time-share touts trying to sell me a holiday home on the Moon, even with imported white sand, I will be happy.