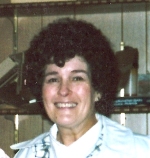 Multitasking and mobile technology, efforts to save time and get more work done, don’t leave much time to mull things over which is crucial for writers: we need time to daydream, drive without talking on phones. I’ve gotten many good ideas washing dishes by hand and have read others have too.

Poetry especially needs this brooding time for illusive images on the wing. I do not understand how mulling works because the mind has millions of connections and science is but on the frontier regarding how the mind works. I just know enough to respect its complexities and be open to it. For years the color of spring grass after a long rain, the brilliance of the emerald, made me want to capture it in words. Finally this spring a poem came easily and was accepted the first time I sent it out. The triolet still seems like it came from someone else when I read the hard copy issue I just received. There was something awesome, that overwhelmed connected with the mystery of renewal that I was trying to capture and struggled every spring for years until the time was right.

The more acquainted I become with writing the more I am becoming convinced that it isn’t the actual time spent writing, but all the rest of the time seemingly unconnected with it—we just can’t say we write 2-8 hours a day. And that when we read with envy that writers produced work in an amazingly short time, it is because they have though about, mulled it over long before a word was actually written that stayed written. The Old Man and the Sea was composed in a short time because Hemingway was ready for it, had lived with it, it was ripe and every word didn’t need to be fought for, changed, revised. I remember being amazed years ago on how short a time he wrote it but can understand it better now. The very mysterious creative writing process reminds me of black holes made in space when stars die that scientists cannot explain: equations crumble in efforts to understand them.

It was hard to imagine how writers wrote without word processors until seeing the hand written manuscript of Nobel prize winner John Galsworthy—his first page of The Patrician with only a change here and there. Galsworthy related getting “the germ” of the book from a young politician’s face he saw at a dinner-party: “It intrigued me profoundly, set me to sorting old impressions, and ruminating….” The book was published three years later. When words fall into place as if they are being dictated as they did in Galsworthy’s case, chances are it involved ruminating. The Patrician was published after several novels, short stories, and plays when Galsworthy was forty-four. His handwriting marched on with few crossed out words and new ones written above them in a pen flowing with various amounts of ink—short lines of about six or seven words using his complex sentences. It was confirmed when I read his preface to Villa Rubein and Other Stories: “I never saw, in the flesh, either De Maupassant or Tchehov—those masters of such different methods entirely devoid of didacticism—but their work leaves on me a strangely potent sense of personality. Such subtle intermingling of seer with thing seen is the outcome only of long and intricate brooding, a process not too favoured by modern life, yet without which we achieve little but a fluent chaos of clever insignificant impressions, a kind of glorified journalism, holding much the same relation to the deeply-impregnated work of Turgenev, Hardy, and Conrad, as a film bears to a play.”

Brooding can also is used to describe the sitting on eggs to keep them warm to hatch. Snatches of conversation, an image, a quotation, diary entry, an expression of someone’s face, a setting, can all be tucked away until they are ready to hatch into a poem, short story, essay, novel, article, or play. We are hatchers of multiple ideas, keeping them going like jugglers until one cannot be ignored, appears full grown like Athena.

Sometimes these incubating bits appear to have no connection, will not come together. Many are not ready to be used, will not be the right ones yet so just let them sit and grow. Seemingly contradictory, opposite ideas often spark the best work. The most interesting characters are those with conflicts that tear them apart and in the process let us see ourselves. As readers we enjoy piecing clues together in a mystery. Sir Arthur Conan Doyle’s stories present an atmosphere as thick as London fog in which we eagerly join glimpses in English life when the empire played a large part in British life. There is the fascinating pull between staid Watson and moody Holmes and I still envy Irene Adler in A Scandal in Bohemia for being esteemed by Holmes as “the woman.” Lines have become famous such as the dog not doing anything in the night, and Holmes noting: “That was the curious incident.” Doyle’s readers can only rejoice his slow early medical practice was such that it allowed him to mull his stories into being.

The image of Native American Dream Catchers used to assure good dreams to those who sleep under them, also comes to mind. They are usually located where the light reaches it in the morning so that bad dreams caught in the webbing are destroyed. Or the volcano eruption in Iceland not long ago that happened under a glacier: the melted water accumulated till it finally broke from under the glacier. Doris Lessing who was awarded the 2007 Nobel Prize in Literature observed: “I usually spend a very long time thinking about it. Sometimes years. You know when you are able to write it. The work goes in before you start, really. You can have variations of the pattern, but the whole book must be there.” Lessing was the oldest person to receive the Nobel Prize in Literature.

Benefits of reducing inflammation as you age