Benefits of reducing inflammation as you age 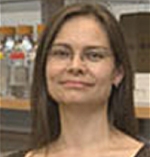 As we grow older changes occur in our cells and tissues, and these changes can impact how our immune system works. One change that occurs over time as we age has recently been called inflammaging. Inflammaging is described as an age-associated increase in the amount of molecules in our blood that either cause inflammation, or are produced when we have inflammation. Examples of inflammation are a simple fever, or a symptom of arthritis such as joint swelling/pain, or it can cause heart disease by changing our blood vessels. The inflammatory molecules that we measured are called cytokines, and those inflammatory cytokines are interleukin-12 (IL-12), interferon gamma (IFN-y), and tumor necrosis factor (TNF).

Our laboratory is interested in immune function in the lung in old age, as this is a common site of many infections in the elderly. We study young and old mice as a model of young and older people, because we can more easily obtain lung cells and tissues from mice, and we can perform treatment studies using animals that are not possible to do in humans. We first determined whether the lung in old age showed signs of inflammaging, which it did (more IL-12, IFN-y, and TNF). We also found that cells within the lungs of old mice better function – they were ‘activated’ or ready to respond very quickly to infection. We tested this function by infecting cells in culture dishes with Mycobacterium tuberculosis, a bacterium that causes the human lung infection tuberculosis. Cells from the lungs of old mice responded better to Mycobacterium tuberculosis infection than young. This seems like a good thing but as we grow older we are more likely to get sick if we are infected with Mycobacterium tuberculosis. Therefore, we expect that this ‘activated’ response will actually make control of a real infection worse.

To prove that it was the increased inflammation that changed lung cell function we treated old mice with ibuprofen for 2 weeks before repeating the experiments. We chose ibuprofen as it is a common over-the-counter medication that is known to reduce inflammation in very general way. The mice that had been treated with ibuprofen has reduced lung inflammaging (less IL-12, IFN-y, and TNF), and cells from the lungs were less ‘activated’ and responded less well to Mycobacterium tuberculosis. Essentially we made the lungs of old mice look like young mice, and the cells in the lung behaved like cells from young mice. We are now moving our research forward to study whether this can improve how old mice control a real infection with Mycobacterium tuberculosis, instead of looking at cells in culture dishes. This is where using a mouse model is very valuable, as we could not ask this question in humans.

While our studies indicate that ibuprofen can reduce inflammaging in old mice, that finding cannot yet be extended to humans. Our studies used cells that were collected from the lung, and those cells were cultured in dishes to look at their function. This might be very different from how cells function in the lung, which we are now testing. We used mice as our model because their cell responses can represent humans in many ways, but they cannot model the complexities of a person living in the community that eats, drinks, and breathes a variety of different things that laboratory mice don’t encounter.

Furthermore, most humans would take other medications and those interactions have not been tested. Our experimental findings using cells from old mice that are cultured in dishes is the first experimental step to determining if we have a finding that can now be followed up in more detail. This is how most basic research is performed and these preliminary studies are critical to see if a treatment has the possibility to be useful in humans. Before we could recommend ibuprofen to treat inflammaging we must next look at how ibuprofen changes the mouse in many different ways, and this includes looking at live mice instead of cells. Ultimately our finding would be tested in a controlled study of human volunteers, before being offered as a treatment for inflammaging in the general population.

This may take many years to determine if this type of treatment would be beneficial and safe, and requires substantial funding from private agencies, government grants, and private donors. We encourage you to support foundations (American Federation for Aging Research) and government agencies (National Institute on Aging) that support aging research.

While our research is being performed, there is a solution for individuals that are worried about inflammaging. We know that our lifestyle can have a significant impact on health and this is also true for inflammation. A healthy diet and exercise as well as reducing stress can all reduce inflammation. Therefore, the secrets of healthy aging are in our own hands.

Take Your 15 Minutes of Fame