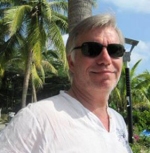 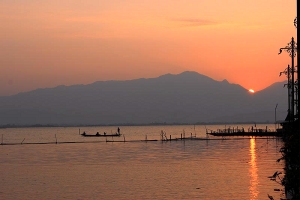 After I reached the age of 60, the official retirement age in China, it became increasingly difficult for the International School I was working for to renew my work visa. At 62, I was told that I could no longer teach at the school. I could have found a job somewhere else for a few years but decided that retirement was more enticing at this point in my life, despite the fact that I had still not built up a substantial nest egg. We had visited Thailand several times and really enjoyed the country and the people. After weighing the pros and cons of retiring in Latin America vs. Southeast Asia, we decided on the latter. We had no interest in returning to Canada, it was too cold and too expensive, and even less desire to move to the US, Nancy’s home country.

Retiring in Thailand is fairly straightforward if you satisfy the requirements. It is easy to obtain what is commonly known as a Retirement Visa (actually a type of visa extension) if you have either a monthly income of 65 000 baht ($2000) or a Thai savings account that maintains a balance of 800 000 baht ($25 000). After that, it is just a case of reporting to immigration every 90 days and renewing the visa annually, neither of which are a big chore.

We currently live in a 1-bedroom, 90 square meter (970 square feet) modern condo in the heart of Chiang Mai. The complex has a pool, restaurants, spa, gym, and cafes. The “Old City”, surrounded by its historic wall and moat, is a ten-minute walk from our front door. We look out onto a large farm below us, the only farm in the center of the city. The trendy Nimmanhaemin Road shopping district begins at the end of our block, along with a brand new mall with a Western grocery store and large cinema complex. In less than a half-hour, we can be cruising along twisting roads through scenic villages that abound in the surrounding mountains. There are several national parks within an hour of easy driving distance from the city. Life is good!

Our total monthly home expenses (rent, electricity, TV, 20 Mb/s fiber-optic internet, water, condo fee) are under $700 (USD). After that, it is up to us how much we spend. We could reduce our rent considerably by moving into a studio condo but decided that we would eventually kill each other if we couldn’t periodically escape to our own spaces! We are able to have a good lifestyle for less than $2000 per month. You will read on many retirement sites that you can live in Chiang Mai for several hundred dollars per month. Good luck! As a retired couple, we are not interested in living in a tiny room and only eating street food! But for those who are willing to go this route and/or live in a rural area or small house, it is certainly possible to live much cheaper than we do.

We could live comfortably in some areas of North America on our budget but probably not in the center of a major international city with a tropical climate. While in China, we grew accustomed to the amenities of city life and did not want to retire to a small town in the middle of nowhere. I can’t think of any other place in the world right now where we could have this type of lifestyle in an urban center on our current budget.

When we originally moved here, we chose to live in a traditional Thai house on a large property on the outskirts of the city. We enjoyed the house, and so did our visitors, but we soon became weary of the insects constantly invading the kitchen area and the large number of mosquitos that made sitting on our patio a chore. 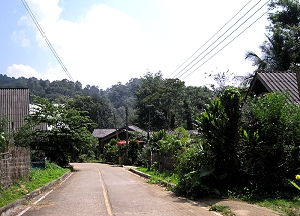 That combined with the 24-7 crowing of the roosters next door convinced us to move to a condo in the city for about the same monthly cost. We still have roosters crowing but they are nine floors below us and confine their crowing to the early hours of the morning, which we can handle.

There is very little you cannot find here. Because of the large number of tourists, there are hundreds of restaurants catering to every palette and every pocketbook. Along with all the wonderful Thai restaurants, you can find almost every other country’s cuisine somewhere in the city. Going out to eat can cost anywhere from $1 to $100 with the majority of basic family restaurants in the range of $10-15 per couple. At least three or four huge modern malls have opened in the last couple of years where you can find all the major brand name retailers along with local shops.