When I was a little boy my hero was Mickey Mantle.

In those days, CBS owned the New York Yankees and the only game on TV was the Saturday Game of the Week featuring the Yankees and whatever hapless team they might be playing at the time. 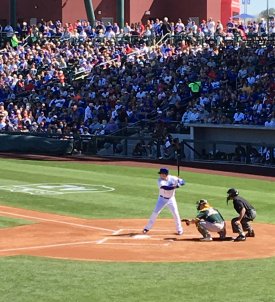 Whenever I could, I would spend Saturday afternoons sitting sprawled across our brown, leather recliner with my legs dangling over the armrest watching the game. For a farm kid from a small town in Idaho, I was mesmerized by the sights and sounds coming from the TV screen. There was an excitement in the air that was hard to describe. I hadn’t seen anything quite like it yet in my young life.

The stadium looked larger than life and the crowd seemed enormous. The Yankee players looked like gods as they strode to the plate and took their stance with bat held high, glaring out at the pitcher. The crack of the bat, followed immediately by the roar of the crowd, was something that I just couldn’t get over. It was a marvel to me. Every Saturday afternoon the spectacle emanating from that TV screen filled my mind with wonder.

The high point of the game would be when Mickey Mantle came to the plate. Even from my perch on the recliner two thousand miles away I could tell that this player was special. He had a swagger about him, a special something that made him stand out from all the rest. And whenever Mickey Mantle did something spectacular, like hit a home run or make a great play in center field, the place went wild and the roar of the crowd gave me goosebumps right there in our living room.

I imagined what it would be like to be there. I was in awe of it all!

At the magazine section of our local drug store I scooped up every baseball magazine that came through our little town. In the evenings after supper I would spread our daily newspaper out on the kitchen table and turn to the sports pages. I read and reread every article I could find about baseball and, of course, I would check the standings to follow the progress of the season.

And every Saturday afternoon, if my dad didn’t have me working on the farm, I planted myself in that recliner and soaked it all in again. 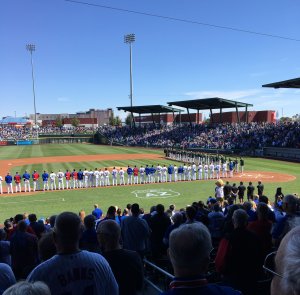 As I grew older my love for baseball never wavered. While starting a family of my own I continued following the major leagues and watching games on TV. I tried to instill in my kids the love of the game and shared with them the joy of following a player’s career or watching a close pennant race unfold in late summer and early fall.

On rare occasions we would take short, family vacations to Seattle or Denver to watch major league games in person and take in the big city. These trips would be few and far between with responsibilities on the farm always taking top priority.

With the advent of satellite TV, I was delighted to see my baseball viewing options expanded tremendously. No longer did I have to wait until Saturday afternoon to avail myself of taking in a game in my recliner. Now I almost had wall to wall baseball all week long if I wanted it. I quickly found out that that scenario could be problematic for a marriage and adjusted accordingly.

However, after all those decades since those Mickey Mantle days, something had not changed. Living in rural Idaho still obligated me to connect with my baseball experience mostly from the source I grew up with. Watching it in my home on a TV.

That is until I retired and moved to Arizona.

March is here and the Cactus League has started. Made up of half of Major League baseball, fifteen teams, the Cactus League represents to me all the dreams and imaginations of that young boy on the recliner back on the farm. 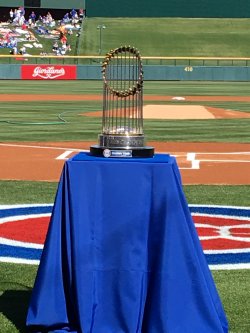 While watching a game in the comfort of my living room is still enjoyable, there’s nothing like going to the stadium and experiencing it in person. That crack of the bat is just a little bit more special and the roar of the crowd brings even bigger goose bumps.

This is the second year that I have season tickets to all of the Chicago Cubs Spring Training home games. Just a short drive from my home in Mesa. The Cubs always play in front of a packed house. And this year brings some added excitement with the Cubs fresh off their first World Series win since 1908.

Past Values – Something to Sing About