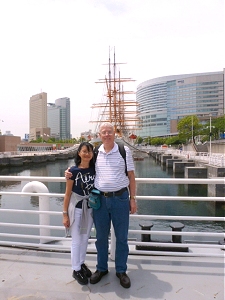 As I entered my early sixties we began to search for a compatible place to retire. My wife worked as a volunteer for several years in Costa Rica and that was the logical place to begin. After four trips it became apparent this beautiful country did not meet all our expectations. Next we traveled to Ecuador and fell in love with the city of Cuenca. Again there were things missing that caused us to look further.

One place that we initially did not consider was my wife’s homeland of Japan. The obvious reason was the cost of living.

Starting with our honeymoon in 2009 I had made several trips to the “land of the rising sun” and could not get enough of the culture and food. A job layoff in 2013 helped us decide to give it a go. On August 30th 2013 we sold or gave away almost all our possessions and moved to Yokohama.

Initial impression of my new home:

I have experienced several very efficient city government agencies with nothing negative to report. The city workers here actually do like the citizens and provide quick and easy services with a smile. In less than an hour after moving I was able to register my address, apply for healthcare and file a Social Security pension report, all on the same floor and within a few feet of each other.

The health care system is excellent and even if you do not have insurance the cost for seeing a doctor is about one fifth of the cost in the states. Monthly premiums for both Miwa and I are under seventy dollars, because our U.S income is not counted in the formula. 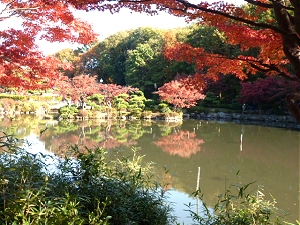 The Post Office is very efficient and the postal workers are so friendly I have a hard time getting use to it.

Once I had my residency visa I opened a bank account for direct deposits of my monthly retirement (in Yen) from the States. Japanese banks do not require a minimum balance nor do they charge a monthly maintenance fee.

Now, there are some negatives such as obtaining a driver’s license, which for me is almost impossible because of my age and currently not speaking the language. My step-daughter had a perfect driving record in the states but was still required to take the driving test twice and had to pay twice. On a positive note her annual car insurance is equal to one month premium in the U.S.

Upfront cost for renting an apartment is very high, with two months advance plus two months for the rental agent and various other deposits. Since this is a cash society, checks are not accepted in most retail establishments and not all take credit cards.

If you travel the train system during morning rush hour, especially to Tokyo you will be pressed tight against other passengers before the doors can close. When you reach your destination you have to politely push your way to the exit. 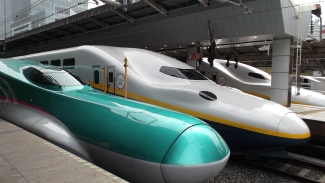 Now one year later and I can honestly say this is where I want to spend the rest of my life.

A quick glance at what the city of Yokohama has to offer.

Yokohama is a port city with cruise and cargo ships vital to the city’s economy. The population is just under 4 million and is the second largest city in Japan.

I am a bit biased because I live here and love everything about this place.

Yokohama has a lot to offer citizens and visitors, starting with Yokohama Station, the fifth busiest railway station in the world. In 2013 it served 760 million passengers. There are several floors of underground shopping, many very large department stores, hotels, three bus terminals, and near the station is a Museum of Art, English Garden, Sea Bass boat tour and a very nice Bay Quarter shopping center. Surrounding the station are additional department and electronics stores, super markets, restaurants, and other retail stores. If you can’t find it at the Station, it probably doesn’t exist.