Noto Peninsula a must see on your Japan trip 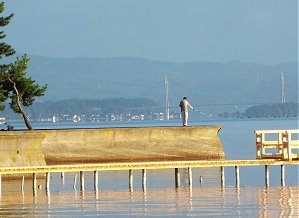 Now is the time to Visit Japan, especially Noto Peninsula

A January 6th article in the New York Times about where Americans would like to travel in 2015, listed Japan tied in 10th place. Two weeks later the Japan Times (Which is part of the New York Times publishing group) wrote about why foreigners do not visit Japan. The four top reasons were 1) bad publicity, which I agree with, 2) It is too far away and too expensive, 3) There is a language barrier, and 4) Japan is a cash society.

Worst case it is a 13- hour non-stop flight from the East Coast and only 7 hours from Seattle. The yen has held almost all year at 120 yen to the dollar, making it the best time to visit. Also, with a little research you can book good hotel rooms at a reasonable rate, purchase rail and air passes at huge discounts, and finally if you look where the Japanese are eating you will find very reasonable food. I have lived here for over two years and still cannot speak the language, but I find as in other countries I have visited it is not that hard to learn just a few of the essentials and most young people understand English enough for you to ask them questions. More and more places are now accepting credit cards and there are ATM’s at every convenience store. 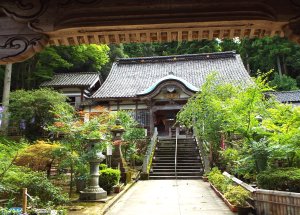 Over 70% of the people who visit only come to the Tokyo, Osaka, and Kyoto. There is so much more to this country then the larger metro areas.

With the bullet trains you can travel to out of the way places in a short period of time. One example is the Noto Peninsula. I had the opportunity to visit this area a few weeks ago. I am still amazed after six years of traveling Japan at how much this small country has to offer.

Noto Peninsula is part of Ishikawa prefecture on the Sea of Japan and can be reached by air, 1 hour from Tokyo or you can take a bullet train to Kanazawa the capital city in 2.5 hours and then another comfortable express train to Wakura in 1 hour.

If you remember visiting the South in the U.S. years ago there was a genuine hospitality when welcoming visitors, even us Yankees. Noto Peninsula has that same atmosphere. The people are very friendly and seem to enjoy their lives more than any other place I have visited in Japan. Oh, and they are mostly direct descendants of fisherman from “down south” in Kyushu.

So, what is there do and see in this remote place? For starters there are over 200 festivals a year, the most famous being the Kiriko Wajima Festival in late August.

In fact from the arrival of spring and through the end of fall you can choose to attend one almost every evening. They are colorful, entertaining, spiritual and some with advanced reservations will allow you to participate. The Wajima festival is led off by carrying a portable shrine called Okutsu to the sea and back to a temporary shrine. Next is a drum event where the participants are wearing masks with seaweed hair while performing to warn off evil spirits. Around 8 p.m. there is a lantern procession along the streets of Wajima following the portable Shrine. The lanterns are heavy and in some cases it can take 100 people to carry them and finally at 10 p.m. they light a very large torch. As it is burning pieces of white strips fall and any man who can capture one will have good luck and health for the next year. This usually results in aggressive behavior to get one of the few strips. This is just one example of the 200 festivals held on the Peninsula.

Interested in hot springs? The Wakura Onsen area has been serving customers for 1200 years. This little town has many historic temples/shrines and some very nice parks with great views of the bay area.

If you travel by car or bus there is a road that has grooves cut in the payment and as you pass over them they play the theme from a famous TV drama that took place on the Peninsula. Not far from Wajima is the UNESCO cultural heritage site, Senmaida (terraced rice paddies).

While in Wajima you can visit the “Morning Market” with over 200 tents run almost entirely by women. You can buy Seafood, Veggies, Sweets, Souvenirs, and of course the famous Lacquer Ware products. Make sure to ask if they were made locally. 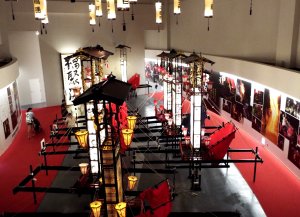 Your next stop should be the Kiriko Art Museum. They house many of the lanterns used in the festivals. Since the festivals are held mainly in the evening they adjust the museum lights so you see what the lanterns look like lit up. The craftsmanship in making these is phenomenal and they are not cheap. One grandfather upon the birth of his first grandson made a lantern at a cost of approximately $166,000. This grandson is now obligated to carry on the Urushi (lacquer) ware craftsman family business.

Why Is Planning for Retirement Different for Women?

Plan, Practice, and Partner: 3-P’s to Preparing for Retirement Life