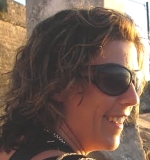 XDianne Thomas Background:
Dianne Thomas is an English teacher, freelance writer and renovator of an old, village house! She has traveled and worked in Europe for a number of years and now divides her time between London and Bulgaria.

Check out her Travel2Bulgaria blog and her photos on Flickr.

It’s funny how a holiday destination becomes the place you want to move to and spend your foreseeable future when you least expect it. Arriving in a new country and spending a vacation there can either blind you from the imperfections and struggles of daily life or make you want to grab them and call them your own. It was the latter that attracted me to Bulgaria and its slower pace of life that harks back to a more traditional way of living. 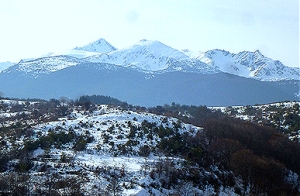 One that is both inviting and yet still feels adventurous as it is unlike any other European country I had visited previously.

Bulgaria is a relatively small, southwestern country, which borders Serbia, Romania, Macedonia in the north and west, and Turkey, Greece and the Black Sea in the south and east. Although a member of the European Union, the Euro has yet to come here so the economy offers one of the lowest cost of living in Europe. Its improving wealth, albeit slow, is testament to its growing appeal to foreigners, which has increased dramatically in the last ten years or more.

Ask an expat what the attraction of settling in Bulgaria is, for both young and old, and the answer is often the higher quality of life combined with the lower cost of living. Swapping crime on street corners or the humdrum of daily life for a cold beer in the garden or a glass of wine in the evenings appeals to a new generation of expats moving to Bulgaria to enjoy the years ahead.

It may take a while to get used to the fact that a nod of the head means no and a shake means yes, let alone the complicated Cyrillic language where r’s are g’s and an f is unrecognizable as a Latin letter; but you do, and very soon a small problem just becomes an everyday challenge which can be overcome and, in the process, you find a different way of communicating that often ends up in humor for both parties. Naturally, as is common, there are micro-worlds of expats that seem to migrate to the same areas and where speaking Bulgarian doesn’t appear to be a priority, but these folks are missing out. 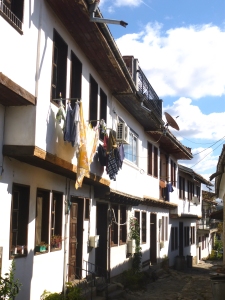 Adapting to the way of life, no matter how bad your language is, is vital to integrating locally and the Bulgarians are very generous people who are happy to share what little they’ve got with you.

Bulgaria offers a range of destinations – sun, ski, mountains, village or city lifestyles, which will have different qualities according to your desires. A dream home can conjure up the imagination of a country abode with acres of land to wile away the hours growing your own fruit and vegetables, and preserving your efforts for a cold winter. Alternatively, a coastal apartment could be your preference, either as a holiday home or a permanent residence for enjoying the good weather next to the sea. The Bulgarian climate caters for all types of temperatures from long, hot summers to very cold winters, the latter of which can be controlled by cozy nights in with a wood burner.

We opted for a village house; the low prices and high quality standard of rustic living being a definite appeal for what we wanted for our new lifestyle. We were fortunate and found a friendly expat in the area who helped us negotiate with the owners and agree on a price in advance without even having to go through an agent, but we were just lucky! Stories we heard included someone buying a property on Ebay with only the front of the house standing! The new owners thought they were getting such a bargain they didn’t bother to come and see it first.

On the stage in Le Marche, Italy