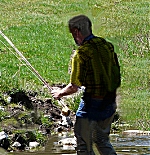 My parents were born in Europe and fled (with their parents) in 1938 and 1939 just before World War II started. Both families left almost everything behind and came here with few belongings and very little money.

My father’s family moved in with relatives in Queens, New York and lived there for several years while getting settled and finding work.

My mother’s family had a little more money and the four of them (her father, mother and brother) lived in a rented 1-bedroom apartment in Brooklyn until the end of the war.

Both families worked long hours in various businesses and scrimped and saved to pull themselves into the middle class by the early 1950s.

Their difficult lives in Europe in the 1930s taught them to live frugal but happy lives in the US. Actually I don’t think they considered their lifestyle to be frugal since all their friends and neighbors were living similar lives. They didn’t buy things that they could not pay for and the first time they borrowed money was when they bought houses, but that came many years after they arrived in the US.

My father studied electrical engineering in the evenings and worked during the day. My mother worked as a dental assistant. My grandmothers took turns watching me during the day so that both my parents could work.

My parents taught me many things that helped me throughout my life. Several of these helped me reach my retirement goals. First was the work ethic. Work hard and learn everything you can while on a job even if you think something is unimportant. You would be surprised at how many things that I learned and thought were a waste of time turned out to be meaningful later life. Second, live within your means. Try to pay your bills in full every month and if you buy something on credit or have to borrow money for larger purchases make sure you have a steady income to pay off the debt. And one of the most important things they taught me was to save and invest for the future. Their suggestion on how to do this was simple but powerful: when you get paid always assume that a percentage of that paycheck was already allocated for paying a particular bill. The bill was from your savings account.

One of the other things that they encouraged was that I attend college and get a degree.

After high school I did enroll in a State college and received my 4-year degree, which did help me land my first job as an entry-level computer programmer. I still remember my first year’s salary was under $8000/year but I was living at home for the first few years and was able to put a large percentage of that money into my savings account and then the newly enacted (1974) IRA since the first company I worked for did not offer a pension plan.

When I was 25 I met my future wife through a mutual acquaintance (as my parents did) and we married when I was 26. She had recently graduated with a teaching degree and immediately found a job teaching in an elementary school. We moved into a small one-bedroom apartment in Queens and bought our first car, a used Datsun 510 for about $1200. Great car. We put about 100,000 miles on that car and it did not require anything beyond basic maintenance.