It’s not what you get, it’s what you do with it… 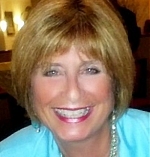 Folks raised in poverty with a single, addicted, or absent parent – or no parents at all – rising to win Olympic gold or to reach the top of their field…

We’ve all heard and read the stories, marveled at the triumph or sadness, shook our collective heads in disbelief and admiration…and never applied the underlying lesson to ourselves: It’s not what you’re given, but what you do with it.

Although we tend to think of young people when it comes to these “against the odds” triumphs, and indeed the stories we hear are mostly about the young, it also applies to Boomers and older adults, as we are in the midst of the second half of our lives and wish to make our last act our best. More particularly, it applies to the many Boomer women who have thus far lived feeling less than empowered, afraid to push for what we truly want, and deserve.

What those who’ve succeeded have in common is simple: an unfaltering determination to get where they want to go – and they were quite clear about the destination. They’ve experienced plenty of set-backs, but refused to be set back; were told over and again that they wouldn’t make much of themselves, but refused to buy it; they’ve thought about quitting, then didn’t.

They have one more thing in common: Someone in their lives who believed in them – often when they started having doubts about themselves.  Those determined people stayed close to the supportive one(s), and stayed away from the rest.

If this sounds like my idea of a formula for success, that’s because it is.  In fact, and in practice, you need only these 3 things to attain whatever it is you seek, and if you currently don’t have one or more of them, get ’em:

This formula works at any age, and does not discriminate based on gender, religion, culture, race, or sexual orientation. Take it from these folks:

Then take it to the bank.

Have You Ever Kissed the Blarney Stone?