Miley Cyrus made headlines recently for doing something called “twerking.” I’m not exactly sure what that involves but in any case, I have to claim that I invented twerking quite a while ago. My twerking, however, is probably somewhat different from what Miley does. My twerking involves annoying, harassing and otherwise irritating people and companies that make false, fraudulent or plain misleading claims on TV or the Internet. 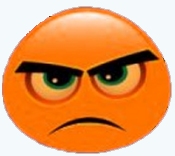 I have been an inventor for most of my career; I have almost 200 inventions to my credit. So I was especially interested when I recently ran across a web site targeted toward would-be inventors. The company web site is very slick with all sorts of pictures showing their extensive facilities, laboratories, manufacturing shops, conference rooms and numerous staff “experts.” (more on that later)* Some of the teaser phrases that they use are – “No cost consultation”, “Tight security and confidentiality of your idea.”, and “We license a product every 3 days.” (Who could resist that last one?)

The company pitch is that they will take your idea and study it. Then they will do what they pompously call a “Product-related Data Search” which in English means a search to see if there are any similar products or processes currently on the market. Then they will do a 20-year Patent Search. That, translated, means that they will see if there are any patents for similar products going back twenty years. The cost for all this? $685.00.

I have thought for a long time that there is no idea that is too ludicrous or outlandish to cause these companies to turn you down and tell you that it won’t work and to not waste your money on it. So for the fun of it (and since I am retired and don’t have anything better to do than to “twerk” people like this) I decided to see how far this company would go with me if I were to come up with some obviously idiotic “invention.” I filled out their on-line application that asked for endless information and included a box in which I was requested to tell them the basic details of my idea. In that box I told them that I had developed a method for chrome plating vegetables. (Don’t ask me who would ever want to do that or what earthly use there could be for something like that.)

As idiotic as the idea was, that didn’t seem to bother them at all. Apparently, as I suspected, there is no idea is too ludicrous for them to reject or to tell the would-be inventor that his idea is worthless. I had several telephone conversations with one of their representatives (translation – salesman) and during one of them he asked me what uses I saw for the process. I replied that I really didn’t know what it was good for and I was hoping that with their vast experience in developing products, they could tell me whether it was feasible or not. In a later conversation, I started to be very negative about the idea and expressed doubts about it. I wanted to see if he would give me an honest opinion and agree with me that perhaps it wasn’t exactly the greatest idea since the invention of lavender-scented toilet paper. He never did.

Also, during one of our initial conversations I asked whether the company was willing to sign a Confidentiality/Non-Disclosure Agreement with me. He replied that I already had one. When I asked how that was possible since I had only had telephone conversations, he replied that when I submitted my initial form on line – and “signed” it by checking a box – that had generated an automatic agreement that they had signed at their end. He was surprised when I told him that having the copy at their end didn’t give me much protection (actually it gives me exactly zero protection). Then he offered to mail me a copy – and he did – but I couldn’t help wondering how many unsophisticated inventors accept his word about being “protected.”