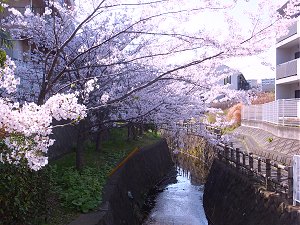 The end of March begins the Cherry Blossom season throughout Japan. (Okinawa starts in January) The blossoms are spectacular and only last for a few days. This is our windy rainy season and not long after the blossoms appear the wind creates a beautiful flowering carpet along the tree line paths. If you’re a traveler who missed this week’s introduction do not be disappointed, as Hokkaido the island to the north will begin their celebration early next month.

We had our dear friend Margaret from Atlanta visit last week and during our travels found a few budding trees here in Yokohama, Tokyo, and Kyoto. Although a little disappointing because the full blooms were not ready for her picture taking, she only missed by a few days. I promised to send some photos of the places she visited with the now colorful display.

Hanami – picnicking under the blooming cherry tree is a custom that began during the Nara period in 710. The blooming and then falling blossoms represent a spiritual life cycle that is widely celebrated throughout the country.

I took off on a five-hour trek to view different areas of Yokohama. A combination of 11.2 miles of walking and a few train connections I managed cover a large area of the city. 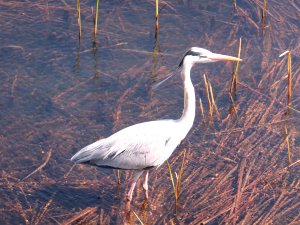 I began at the Children’s Park in Hodogaya, which was occupied by you guessed many school children sitting on mats enjoying the time away from the classroom. (The Cherry blossom season usually coincides with the start of the new school year.) I discovered this park back in January during one of my walks. Adjacent to the park is a beautiful well-maintained British cemetery for the WWII veterans who died in Japan during the war. Prince William visited last month and a few days later Miwa and I hiked over to take a look. The city of Yokohama donated the land and the park is maintained by England, Australia, New Zealand, Canada and the U.S.. To me it had the same feeling of peace and reverence as Arlington National Cemetery.

My next stop was Hinodecho near the bay area. They have a beautiful display along the river. Here there were food and alcohol booths along the pathway. This is the one time of year you can openly drink alcohol beverages in public without fear of breaking the law. It was noon and the pathways were filled with people out to enjoy a picnic during their lunch break. There were several boats cruising along the river with a camera in every hand. This was a joyous time and many people smiled and said “Konichiwa” to me as I passed by taking pictures of all the activities. There were lanterns strung along the river for night viewing, which I imagine will be well attended for the next few evenings.

I walked back to Sakuragicho and boarded a train to Ofuna for a two-hour hike back home. In the basement of a department store I purchased a lunch to eat somewhere along the way. Ofuna has a canal that runs to Totsuka with very nice wide walkways. I make this walk a couple times a month and today was the best by far. The temperature was approaching 70 degrees and I was wearing a short sleeve shirt for the first time this year. 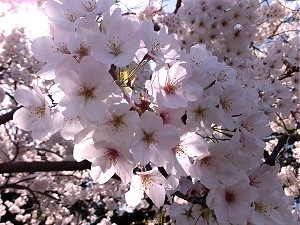 Totsuka is a small suburb city and I was very surprised by how many people were out and about, especially since it was approaching 2 p.m.. Almost every space along the canal was filled with special picnic mats. There were tents with children eating sweets and many people walking their dogs. After an hour I found an available bench and sat down to eat my lunch. It was heart warming to see the many young fathers caring for their children. In traditional Japan the dads previously were not active in rearing their kids. Times have changed and I see many men enjoying their time, some acting goofy just to entertain the toddlers. The office workers were in their suits along with many elderly in their jogging outfits. Young people were taking selfies with their smart phones and the vendors were calling out for us to sample the wide variety of food offerings, a true carnival atmosphere.

The birds were singing and I spotted several heron sitting in the water cautiously eyeing the disturbances along the shore. Only another hour of walking and I will have made it back home. Even near my home the trees were just as colorful.

It seems it cannot get any better than today’s experience, but tomorrow will be another adventure.

For March I managed to walk 460,000 steps or 205 miles. Last year Miwa and I joined “Enjoy Walking Yokohama”, a city sponsored program to get the over 55 set to walk around the city. There are over 80,000 participants and events with prizes for achieving our goals. As a result of this program my weight is now at what is was during graduation from Parris Island in 1966. My new project during the walks is to map the suburbs of Yokohama in English. I hope to have it completed later on this year.

Our Softball Family: Playing Senior Softball for Fun and Health