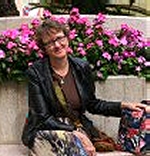 XJulie Callahan Background:
I am a mother of three grown children, wife to one thankfully adventurous husband, and a corporate America veteran living and working in Budapest, Hungary. We came to Budapest by way of an eighteen month assignment in Bratislava, Slovakia. My husband, Pat, is my travel partner and blog photographer. With our home and cars sold and our remaining possessions packed into a storage unit in Colorado, we are planning our next act; a global and itinerant retirement while our three adult children worry about us for a change. In my spare time, I love to cook, read and research where we are now and where we will go next. I blog about the travels and tribulations of our peripatetic life.

Please check out my The World In Between blog. You can also reach me by email

Transportation is similarly easy and inexpensive. We augment our walking with a network of metros, trams and buses which connect the farther reaches of the city. Our monthly pass costs roughly what I spent on a tank of gas during my last visit to the United States. 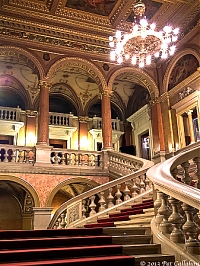 Inspired by our new found comfort with public transpiration, we travel throughout Europe on the ubiquitous system which links countries, cities, and villages. Between our new eating habits and daily walking, we are in the best shape of our adult lives.

Culturally, Budapest still exudes an old worldliness harkening back to the days of the Austro-Hungarian empire: dark wood cafes with crackled mirrors and sparkling chandeliers; art nouveau music venues; enormous marble and gold decorated museums and palaces stocked full of priceless treasures. Budapest is a music city at its core with concerts offered most nights in a dozen venues including the Opera House, Franz Liszt Academy, St. Stephen’s Basilica and the Bela Bartok Hall inside the National Palace of the Arts. Hungarians embrace their musical roots enabled by tickets which are a fraction of the cost of western European cities. The venues are stunning, some of the most beautiful in the world – certainly the most beautiful in my sample of the world.

When we stroll through the old Jewish quarter, the devastation of World War Two is evident; a boarded up synagogue and graffiti covered buildings with broken windows. Yet even this area is beginning to emerge as the trendy neighborhood of Ruin Pubs and quirky coffee houses. Crumbling buildings are being plastered and repainted – restored to their previous grandeur. 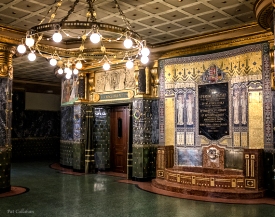 The mayor of Budapest established a goal to purge the city of all vestiges of its dismal 20th century past. Given the progress in the little over a year we have lived here, I expect the city will achieve this goal in the next decade. Although personally, I hope Budapest will always retain vestiges of this past as both memorial and reminder.

Any fears we brought with us of a squalid Central European lifestyle have been dashed. Our life is easier and less stressful than the super sized life we had built up back home and with more cultural options than we ever dreamed possible. Stressful days, I unwind by soaking in the thermal waters of a four hundred year old Turkish bath. Budapest boasts more thermal baths than any city in Europe. The Turks left behind some of these on their way out of town – a hostess gift of sorts after 150 years of occupation. 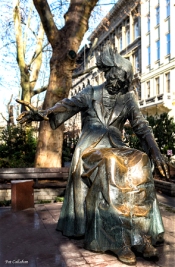 I return home and sip a Hungarian wine, refreshed.

Friends and family occasionally visit. Budapest is garnering the attention of international travel publications and becoming one of the the new “it” destinations of Europe. Each time a guest arrives, we introduce them to the city by walking the Danube banks and crossing the Margit Bridge after dark. Everyone marvels at the twinkling lights which illuminate the Chain Bridge, the castle and palace, Parliament and a handful of lesser known churches and squares. The city is at its captivating best at night. “Remember,” I remind our guests as we turn for home, “This used to be an empire.”

Last night over dinner, we talked about making Budapest our permanent home. Right now, I am not ready to settle down. When confronted with another adventure, I hope we once again jump. Next time, I doubt we will even close our eyes.