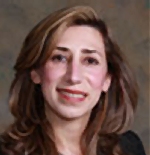 XDr. Sharon Bergquist Background:
Dr. Sharon Horesh Bergquist is a practicing internist, assistant professor, and Rollins Distinguished Clinician at Emory University’s School of Medicine. Her interest is in prevention and wellness in the emerging field of healthy aging. She is a graduate of Yale College, Harvard Medical School, and Harvard’s Brigham and Women’s Hospital residency program.

You can reach her via Twitter or check out her Emory Healthcare webpage.

That’s right. By celebrating rather than dreading the number of candles on your birthday cake, you can improve your health and longevity.

Without realizing it, your attitude about your age gets internalized and ultimately influences your physical and emotional health. As a result, your outlook about aging can be just as important for aging well as eating healthy and exercising.

The caveat is that you also have to ditch a negative attitude about aging—which can harm your health even more than lacking a positive attitude.

As you get older, your personal stereotype of “old” hits closer to home, and your attitude will have a greater influence on your health. Even among middle age adults, those who internalize positive perceptions develop less heart disease, are more likely to practice prevention, and live longer.

In your golden years, the effect can literally be life-changing. Here are 5 ways you can benefit from feeling good about your age:

You Can Stay Independent Longer

Older adults who have positive views about aging are 44% more likely to recover from a severe disability than those who hold negative views.

In a 2012 Yale study published in the Journal of the American Medical Association, five hundred ninety eight participants averaging seventy nine in age and initially without disability were followed for ten years. Those with positive views about aging who suffered a disability were not only more likely to once again independently bathe, dress, move from a chair, and walk but also enjoyed an improved quality of life and satisfaction with aging.

There may be virtue in believing that age is just a number.

This 2014 study also provides hope that the experience of aging will be better than anticipated for most people: seventy percent of the participants felt younger than their age. As a result, the average self-perceived age was 56.8—nearly a decade younger than the average chronological age.

Your Memory Will Be Sharper

Memory loss is among the greatest fears most people have about aging. You can, however, influence how many pistons fire by controlling how your mind psychologically, as well as physiologically ages.

In the Baltimore Longitudinal Study of Aging, the longest running study of memory and aging, memory decline was significantly greater over time—by 30.2 % in those sixty years or older—for participants who held more negative age-stereotypes.

You Will Respond Better to Stress

Stress can cumulatively take a toll on your health. Negative stereotypes about aging may be causing stress related damage in your body without you realizing it.

In a 2000 study published in the Journal of Gerontology: Psychological Sciences, fifty four participants between the ages sixty two to eighty two were first primed unconsciously with either a positive or negative stereotype of age and then given a mathematical or verbal challenge. Those primed with a negative stereotype activated their stress response, which resulted in a higher blood pressure and heart rate. On the other hand, those primed with positive stereotype were more confident they would perform well, which lowered their stress level during the challenge.

It Can Strengthen Your Will to Live

Making decisions about your health can get harder and more complicated as your quality of life declines. Your attitudes and beliefs about aging also subconsciously contribute to your end of life decisions.

What Does This Mean For You?

Like many baby boomers, you may find that you are busier than ever—balancing family, caring for grandchildren, volunteering in your community, starting a new hobby, and possibly even a new career.

Yet while 70 may be the new 50, your vibrancy may be at a tug of war with a looming sense of decline.

If you focus on the negative aspects of aging—that “growing old isn’t for sissies”— you are limiting your expectations of your later years and subconsciously making choices that negatively influence your enjoyment out of life and your longevity.

By feeling good about your age, you will not only maximize your own quality of life but you will help others do the same.

Having a positive attitude is contagious—so go ahead, spread it.

Why I’m Not in Boston