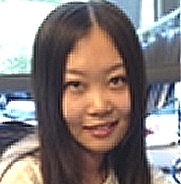 XDr. Chong He Background:
Dr. He is a Postdoctoral Research Fellow in Dr. Brian Kennedy’s lab at the Buck Institute for Research on Aging. She holds a PhD in Physical Chemistry from the College of Chemistry and Molecular Engineering, Peking University. Her PhD focused on the design and screening of drugs involved in inflammatory pathways. Her Postdoctoral research focuses in the area of screening and identifying new pharmaceutical candidates that affect lifespan and healthspan extension in yeast, worms and higher organisms, as well as determining potential targets and the mechanism of lifespan and healthspan regulation using genome-wide analysis and enzymatic method.

Dr. He recently discovered that ibuprofen, a common over-the-counter drug used to relieve pain and fever, might hold the key to a longer life. In her research, she has observed signs of the mechanism of ibuprofen slowing aging in different animal models. She also found that in yeast, the inhibition of tryptophan uptake is the reason why ibuprofen slows aging.

You can also reach Dr. He at the Buck Institute via email.

The ibuprofen story began in 2013, a year after I joined Dr. Brian Kennedy’s lab at the Buck Institute for Research on Aging. At that time, I had embarked on a new project involving a novel path to the discovery of drugs that slow aging. While the strategy follows a common path in aging research – using non-vertebrate models to discover genes and compounds that extend lifespan and health span, and then testing their relevance to mammalian aging, this project had a significant difference: we employed the discovery method in collaboration with Dr. Michael Polymenis at Texas A & M University.

Dr. Polymenis’ focus centers on cell cycle and growth control in yeast, while our lab’s focus centers on yeast aging. There are a number of reasons why we use yeast as an animal model to study aging. First, yeast are unicellular eukaryotic (a nucleus and other organelles enclosed within membranes) organisms with a relatively short lifespan, which allows us to run experiments quickly. Second, it has a relatively small genome, and it was the first eukaryote to be completely sequenced and mapped, as well as being the only organism to have its entire genome deleted gene by gene. Third, the metabolic and regulatory mechanisms of yeast are highly conserved within higher eukaryotic systems. A large portion of genes in yeast have been shown to have similar genes in higher eukaryotes that have been implicated in aging related diseases, such as Alzheimer’s disease, Parkinson’s disease, Huntington’s disease and cancer. Lastly, yeast are inexpensive to work with at large scales, and we can take advantage of a large number of powerful pre-existing tools and datasets for these simple organisms. Recently, the Kennedy lab, in collaboration with Dr. Matt Kaeberlein’s lab at the University of Washington, completed a lifespan screen of about 5,000 individual yeast strains. Each of these strains had one single gene deleted from its genome. The goal of this research was to find out which gene deletion can extend lifespan in yeast. We found that most of the genes, when deleted, had either no effect or shortened the lifespan. There are only 200 genes in the yeast genome where their deletion leads to a longer lifespan. We refer to those genes as long-lived deletions. When Dr. Polymenis compared the cell cycle and lifespan properties of yeast deletion strains, he found a strong correlation between long-lived deletion strains and those that had a specific set of cell cycle properties.

So here is the observation: long-lived deletions have something in common in their cell cycle properties. Even though we don’t know why, we can still take advantage of this observation. One idea that we came up with was if we can find drugs that can change cell cycle properties of normal yeast to exactly match long-lived deletions, these drugs might also make yeast live longer. So we did a large-scale screen of FDA approved commercially available drugs to test whether those drugs can evoke a similar set of cell cycle properties. Finally, 14 drugs were selected from the screening, including ibuprofen. It almost gave everyone a heart attack when we saw ibuprofen was on the list. Ibuprofen is a safe, over the counter medication. It is on the WHO list of ‘core’ drugs. Moreover, ibuprofen has never been linked to aging pathways, making this a significant discovery.

If our hypothesis is correct, ibuprofen should extend yeast lifespan. And the results confirmed our hypothesis: ibuprofen extends replicative lifespan by about 17% in yeast. Replicative lifespan is counted cell divisions. A yeast cell divides 25-26 times, on average, before it dies. Yeast cells on ibuprofen divide a little over 30 times, on average. More importantly, the drug also extends lifespan in worms and fruit flies, which are multi-cellular, complex organisms compared to yeast. So the next question we had to ask was, how does ibuprofen extend lifespan? Interestingly, yeast and worms don’t have cyclooxygenase, which is the target of ibuprofen in humans. But yeast and worm cells do need the amino acid tryptophan. Cells prefer to import tryptophan from the environment. In yeast, we found that ibuprofen interferes with tryptophan import by destabilizing the machinery that brings tryptophan inside the cell. This seems to be the critical function of ibuprofen for extending longevity in this organism. Inhibiting the analogous import machinery in worms also extends their lifespan. One thing we noticed is that ibuprofen also makes cells divide slightly slower than they would otherwise. In that regard, ibuprofen mimics the effect of many pro-longevity genetic mutations in yeast.

But there are open questions. For example, is it low tryptophan amounts inside the cells that extend lifespan (perhaps akin to dietary restriction), or is the mechanism related to the import machinery itself? So, we have more work to do. Right now, it is still hard to predict if ibuprofen will ever be used as an anti-aging medicine in humans. Nonetheless, one very exciting aspect of our study is that existing and fairly safe drugs, such as ibuprofen, are worth looking at further. As a proof of principle, our study supports the idea that drugs in common use may have unexpected, useful properties. We just need more research to examine and understand these properties better before anyone can say whether they might be applicable to people.