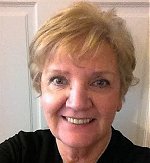 XAnne Price Background:
Anne Price is a retired college instructor and a snowbird who lives in Edmonton Alberta and San Jose California. She likes walking in the neighborhood, writing for her blog, and reading pretty much anything. On a good day, she’ll do all three. Read more of her thoughts at Snowbird of Paradise.

You know how it is when you retire. You have at least a dozen things you plan to do: you will travel, take up golf, knit toques for homeless people, skydive, refinish furniture, work part time, learn Spanish, paint landscapes, volunteer, and figure out how to use a complicated camera. Stuff like that. And, you do. At least you try. At first. Sometimes, though, it’s just a pain in the butt.

This is the story about how I gave up doing many of the things I thought I would do in retirement and why I am a much happier person for that. Really. It’s OK to cross some things off that list. Let me tell you why.

You Could Work, but Only If You Must

The first thing I thought I would do when I retired was to work part time. I used to be a college instructor and it seemed sensible that I could keep my hand in by teaching a course here and there once in a while. It turns out, though, that finding a job in post-secondary education has become such a dog fight that I didn’t want to even get into the ring. There are far too many well-qualified younger people begging for work that I couldn’t bear to take even one course away from them. The good news? It’s a really, really stressful job that involves evenings and weekends spent grading papers and preparing classes, and my social life is SO much better since I gave all that up.

Then I thought I’d teach English overseas. My professional association’s magazine has small ads in the back that invite people like me to apply to do just that, and I made a tentative first enquiry. I was really tempted, but they wanted at least a one-year commitment, and I didn’t know how I could make that happen while taking care of everything I have to take care of back home. So, I nixed that idea. Now I don’t have to worry about my pipes freezing while I’m trying to explain English grammar in some tropical climate that never saw ice. Phew. That’s better.

Golf is Not for Everyone

Predictably, I bought golf clubs. It’s what you do, right? Retirees play golf. I was so keen on this idea that I bought two sets of clubs; one for my Canadian home and another for my American winter home. Sadly, neither set made me a decent golfer. I tried, though. I took lessons, and I went to golf ranges to try to smack lots of those little balls at distant targets, but I didn’t become good at it. I also didn’t meet anyone who wanted to play with me, so I ditched that plan. I sold off one of the sets of clubs, but I still have the other. After all, you never know when you might meet a golfer as bad as yourself who wants to play with you. In the meantime, I don’t get weekly reminders of my lack of club-eye-wrist-shoulder coordination, and as far as I am concerned, giving up golf is brilliant.

Dating is Fun, but so is Going Solo

I also tried online dating. I don’t know how many retirees are single, but my guess is it’s a lot. I tried to find out, but when I asked Google “How many retirees are single?” all I got was investment advice: not quite what I was looking for, which is a lot like the dating sites I visited, not quite what I was looking for. Oh, I know some people find great partners there, but I found mostly frustration. It’s a tricky detailed process that requires moderate computer skills, incisive personal introspection, engaging writing skills, and a charming recent photo—preferably showing lots of cleavage and/or personal property. Even if you have all those components, there is no guarantee of success.

My problem, I have deduced, is that I enjoy being single so much that finding a partner who will improve on my lovely life is difficult, especially when all I have to go on are photos of men holding fish and profiles that say they are either fun or complicated or both. Yeah, don’t waste your money. If you do decide to give it a try, limit your financial commitment to one month. That’s all it takes to find out who is in both your local area and the website’s data set.

Learning is Good but Some Classes Are Not

I would normally say that learning new things is never a waste of time. Some classes, however, are. I thought I would learn Spanish through an expensive set of discs from Rosetta Stone, but they still stare at me from my bookshelf. I used the first disc a couple of years ago and I keep meaning to get back to it. Really, I do. And I will. But just not now. I have other stuff going on.

I took a class in oil painting that started out well until the instructor mocked my efforts. I didn’t take kindly to that, so I quit. Up until that point I was feeling good about my attempts to capture the multi-faceted essence of a few vases. In fact, I was keen. I thought I was rediscovering the talents of my youth, and my children bought me canvasses and paints in order to support me in this new venture. But then the professional who was teaching me trampled on my soul, so I put it all away. Who needs that? Life is too short to be criticized for artistic shortcomings when you are sixty-something. I have other fish to fry.

Recently, I signed up for a class in musical theater that I was quite excited about. I love musical theater and singing, so this was bound to be a good fit for me. When I went to the first class, though, I found that the final performance date was going to be after my anticipated snowbird journey to California in December. Also, I sat next to a woman who loudly and with the confidence of the ill-informed criticized my favorite politician.