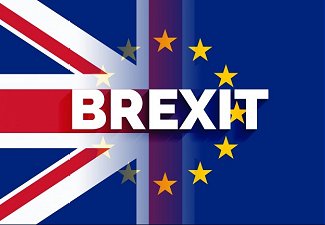 I received an email from an expat living in Spain’s Costa del Sol last week, who was understandably concerned and angry about the falling pound. Basically, he was asking what the UK Government was going to do about it. Apparently, both he and his wife are now having to seriously cut back on both food and entertainment in an effort to save the 300 pounds that they have lost each month due to the fall in the pound-euro exchange rate following Brexit. On the basis that the pound had fallen in the region of fifteen per cent of its value, at the time of writing, my correspondent must be receiving in excess of 2000 pounds each month to suffer this size of reduction in his income. Although the falling pound is not good news for any expat, I know of many who live on a fraction of that size of income during their retirement years. I am not going to weep too many tears for my correspondent, and merely suggest that he immediately implements a few economy measures.

A drop of this size in income and pensions received from the UK is a serious matter, but many expats tend to overlook the many good years when the strong pound meant being able to live in comparative luxury in Spain, when compared to life in the UK. As in most things in life, there are winners at the expense of losers, and this is a time for readjusting the balance. I am often told that near exchange rate parity occurred before and certainly during the time of the world economic crisis. It did, and then again, it did not, since the parity exchange rate only applied if you were foolish enough to exchange pounds for euros at some of the rip off currency exchange shops in UK airports. Most expats that I know, as well as tourists, would never consider doing this, and plan their currency exchange well in advance of their needs, by using one of the more reputable methods of currency exchange. At the time of writing, if you only achieve parity when exchanging pounds for euros, then you clearly haven’t done your homework.

Nothing is forever, and all good things have to come to an end sometime. I will no doubt be called a pessimist for my views on Brexit, but I suspect that we are only now catching a glimpse of that rather nasty iceberg that the UK appears to be heading towards, unless more astute minds in the UK Government’s current negotiating team intervene with a hefty dose of realism, common sense and a healthy dose of humility.

Will this have any effect upon both intending, as well as already settled expats? There is already plenty of evidence to suggest that many intending expats are putting their plans on hold, particularly if they are intending to purchase a property in Spain, France, Portugal or other European countries. There is simply far too much uncertainty and volatility at the present time to commit to such a large currency exchange, although this view is contradicted in Spain where there is something of a mini building boom once again in the Costas.

As for expats already living in Europe, the future remains uncertain, and will continue to be in the months ahead. I am reliably informed by several of the larger removal companies who spend much of their time moving Brits to and from Spain and France, that the rate of movement is slower that they first anticipated following the Brexit vote. This may not come as a surprise to some, since many expats over retirement age could not afford to return to the UK anyway, given the weak pound. Unless retired expats have substantial financial resources, as well as the foresight to retain a property in the UK during their time as expats, housing will be a major and near impossible issue for the returning expat to resolve, particularly since retirement and sheltered housing are in short supply in most regions. In addition, there are complications concerning the resumption of health care in the UK, and particularly after expats have experienced rather better care in Spain, France and many other European countries that they will receive from an overstretched health service in the UK.

A number of expats that I have spoken to, who have returned to the UK from warmer countries, have told me of serious health issues that they have experienced since returning to a damper and cooler UK climate. The body takes time to adjust to such changes and, quite simply, many older expats simply do not have sufficient time left or the physical ability to cope with such massive adjustments.

During the post Brexit period, despite the many concerns and anxieties, the only sensible thing for many expats to do is to obey that famous instruction on that well known wartime poster, which is simply ‘To Keep Calm, and to Carry On’!

Learning About Life from Bob