We Are Not Trees…It’s Okay to Move! 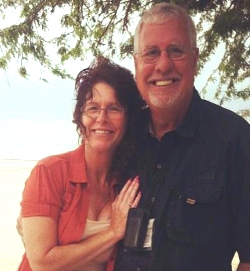 So here’s the thing! I have shallow roots. In fact, I work to maintain shallow roots. I’m pretty sure it started when I was a child; forced to move many, many times as part of a horribly dysfunctional family with two alcoholic parents. I can’t even remember how many elementary schools I attended. I think I went to 7 high schools. Making friends was one thing. Keeping them was another.

The Air Force provided another opportunity to move around and see a bit of the world including exotic Vietnam, Thailand, Australia and the wondrous wilderness of Alaska. I have had plenty of practice moving around and starting over. I, for one, find that to be advantageous. I happen to know folks who have lived in the same state, and in fact, the same city their entire lives. There is something to be said for that, certainly; strong relationships with long-time friends and probably family with whom you share a common past. Complete familiarity with everything in your world from the local supermarket to the barber shop, hair salon and church are good things…right? Maybe, but I’m not so sure.

Living in only one place provides only one perspective on the world. You simply cannot understand other people and their cultures by watching television or reading books. And understanding other peoples and their culture is important. The absolute best way to experience another culture is to live within that culture for at least 6 months. I think it’s much like riding a horse or having sex. You can read about it and even watch some training films but until you actually experience it for yourself, you won’t completely understand.

Living in Alaska for more than 20 years and being a pilot permitted me to fly my own small planes into the heart of Alaska’s bush country, landing on remote lakes, rivers and gravel bars. The quiet was astonishing, hearing only the buzzing of mosquitoes and the gentle rippling of water. I suppose I have a bit of an explorer’s need to see things I haven’t seen. 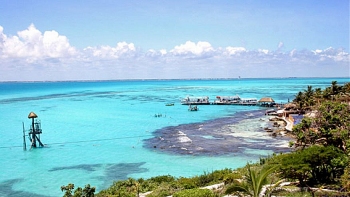 More than once, I had a friend drop me off on a remote Alaskan river with an inflatable raft and pick me up days later, after I had floated and fished my way down-river. I enjoyed the solitude and inhaled the richness of the experiences. I also spent considerable time in some Alaska native villages and towns such as Bethel and Russian Mission. These communities were almost entirely populated by the Indigenous people of the region.

So when it was time to retire and our financial situation was in a shambles after the economic collapse beginning in 2008, it was natural for me to begin to search the globe for solutions. To complicate matters, I suffered my second heart attack about that time. With the loss of job and associated health insurance immediately after getting discharged from the hospital, the ongoing medical bills and prescriptions created a financial nightmare we could neither escape nor significantly improve. Diane was working but her income was not sufficient to keep us afloat. Our modest savings were quickly dwindling and the equity in our home disappeared. Eventually, although we struggled valiantly to keep it, we eventually lost our home too.

I had begun to receive a modest social security check which helped but it was still not enough. We continued to struggle, despite our very best efforts.

After some considerable research and connecting with other expats living abroad in various locations, we determined to sell what remained of our lives, pack the 6 suitcases permitted by the airlines and move to a small town on the coast of Ecuador, a country we had never visited. We calculated that we could live a very nice life there with only my social security check providing our primary income, if that was all we had. As Diane was considerably younger than I, it would be about 15 years before she could begin to collect her SS Check and while we did have a couple of other sources of income…we would need to be mindful of our expenses. 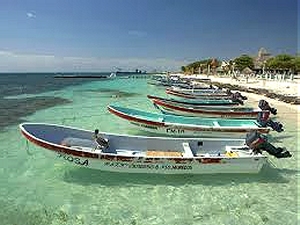 Sure, we realized that it was a bold move but it was the best option for us at that time. We moved to San Vicente, Ecuador…a small fishing and farming village on Ecuador’s coast, across the bay from Bahia de Caraquez. San Vicente typified much of what most think of when considering a developing nation. The roads were mostly dirt and became thick, sticky, deep muddy trails during rainy weather. Virtually no one spoke English which greatly assisted us in learning some Spanish right away. Power outages were fairly frequent as was loss of Internet service. BUT, the cost of living was amazingly low! We set our initial budget at $1500 per month and that included a small amount going into savings. We rented a very nice condo, just outside town for $450 per month. It was completely furnished with 2 bedrooms, 2 bathrooms and a separate laundry room. It even came with pots and pans, dishes and silverware as well as major appliances. Shortly after arriving, we bought a well-used 4-wheel drive rig which served us very well.

Retiring Abroad – What Does It Take?