The Help (from an American Voice in Mexico) 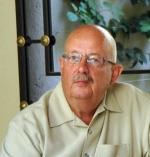 XJohn Scherber Background:
Expat resident of Mexico, author of two books on the expat experience, twelve mysteries set in Mexico, six other books and numerous magazine articles and blogs. Please check out my books on Amazon.

Although we enjoyed watching reruns of Upstairs, Downstairs on public television, my wife and I had never thought of ourselves as people who needed staff to get along. Living in the unpretentious Midwest, having domestic help was regarded as uppity, and unbecoming to good Methodists and Lutherans whose lot in life was to maintain their own households by the sweat of their brow. This also serves as a deterrent for having pretentious homes.

Another factor was the issue of privacy. Did you really want some cute young thing vacuuming the hallway as you emerged from the bedroom in your six-year-old underwear, which although it was not yet full of holes, nonetheless was as frayed as a weather flag on a hurricane-prone beach? And did you want her casually listening to your periodic squabbles about money, which only confirmed how cheap you really were, even though she had already observed that on every payday? And were you allowed to make rude noises in front of her, or were you required to adjourn to the back yard for that?

Yet, upon your arrival in México to set up your new household, this is exactly the set of questions that presents itself. Instinctively you realize that Methodist modesty doesn’t fly here. Witness all the bright colors, when your past environment was mainly gray but for three weeks in midsummer, or blanked out white during the nine months of winter. A little flair is in order, and although you’ve never been among the one percent, a long-suppressed naughty voice in your head urges you to go for it since you must deserve it for surviving all those nasty winters. Teetering with indecision, you suddenly recall that the purchase agreement on your Méxican casa requires you to employ the current maid for six months. It’s already a done deal.

Carmen arrived for her first day on the job wearing a white top and white pants with rhinestones on the back pockets. The first thing she said to us (in Spanish) was that she didn’t climb ladders. As a woman from the country, she also had deeply rooted core beliefs that would be difficult to nudge into the twentieth century, to say nothing of the twenty-first. One of them is that every piece of furniture must be firmly jammed into the wall behind it. Were they teetering? No, but the walls were starting to break down under their repeated impact.

I soon noticed that she was scraping our $4,000 Persian rugs with a coarse broom better suited to the ancient paving stones of a 16th century nunnery. I introduced her to the vacuum cleaner, which she sullenly used until the dust canister was full, then concealed the infernal contraption in the guest room closet and went back to her broom.

In a general way Carmen was resistant to learning any different way of doing things than the one she had always used. Typically she dusted the furniture with a damp rag. We have in the living room a costly handmade cherry lowboy on a Chippendale pattern. It has a tung oil finish which is not water resistant. We had instructed her never to get any water near this. One day I came home and found the entire surface ruined by her moist rag. She denied knowing anything about it.

When my wife was away, she would often stand about in the rooms where I was, slyly waiting for me to make a move on her, which, by the look in her eyes, she was convinced was inevitable. After all, it had happened in every other household she worked in. I may have a taste for risk, but it pops up mainly in my books, not in the spare bedroom.

As time passed, clothing, jewelry and money disappeared regularly from the house, and we began to consider whether our memory functions weren’t failing. After all, Carmen was highly thought of by her previous employer. “Didn’t I put that necklace away…? I thought I still had 2,000 pesos in my wallet… But didn’t you just wear that silk top last week?”

When I fired her Carmen demanded three times the severance due to her by law. I understood why––she expected to be paid benefits on all the stuff she’d stolen as well as on her wages. Although I was not obliged to give her any severance since she was fired for theft, I gave her exactly what she had coming for the time she’d worked. We had a signed receipt for everything we’d paid her. She was a practical woman, with a strong sense of entitlement.

I have friends here in San Miguel who have put their housekeepers in their will. I applaud this, and I wish I could say the same. Being an employer of household help is a skill, just as working in that capacity is.

I want to end on a positive note. Like many things in México, a place I love, having household staff presents an attractive face, but you still don’t always know what you’re looking at. Part of being an expat is being a skillful observer.

Living Life to the Fullest