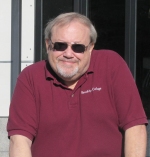 XLawrence Rose Background:
In the States a teacher of science for 30 years and a well-known environmental education writer for the National Science Foundation and the California Department of Education. Today I am retired in Medellin on my teacher's pension and have authored several books:

PARIS ONCE UPON A TIME: A love story, The BOYNTON BEACH CARTEL and Other Short Stories and The French Agent's Wars: the World in Chaos.


Please contact me with comments and questions via email. 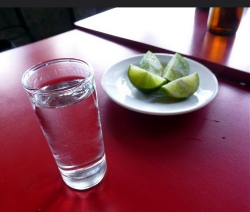 At this point I felt I owed a trip to the Liqueur Factory of Medellin, la Fabrica de Licores de Medellin, in nearby Itagui to see what insights they could give me into the manufacture and customs of their products. I learned that Aguardiente is the favorite “hard” alcoholic drink throughout all of Colombia except along the Caribbean where of course rum is king.

I learned that they sell both sugar-free and sugar added guaro, about six varieties of rum based on their aging process and their time in North American oak barrels, and sell two age blended rums, one named after Maestro Gabriel “Gabo” Garcia Marquez, the Nobel Prize winning soul of Colombia novelist, and the other named for Medellin’s own world famous artist, Maestro Fernando Botero. They also make a grain alcohol vodka, and a cane sugar based gin!

“Rum”, our host said,”is drunk mostly mixed with Coca-Cola in the US.” She was eyeing me, seeing if I would respond to what she was thinking was a mild put down. “And ours mixes smoothly with Coke, makes a fine Cuba Libre! But try it as a cocktail, a Shot Balazo de Arguardiente, with lime juice and soda water. Much better! Or best? Straight!”

They also published a recipe for a grain vodka tropical cocktail… 2 oz of their vodka called Montesskaya, i oz of sugar water, one vanilla bean, ½ oz of freshly squeezed lime juice and the same of triple sec. Shake with ice and filter into a Manhattan glass with the vanilla bean as decoration.

Both their Ron Medellin and their Aguardiente Antioqueno are available in the United States, but are very good sellers in Europe and Asia. They have just started a line of carbonated grain vodka-based coolers called Antqueno ICE in three fruity flavors called Citrus, Fresh and Ocean. Guess where those will be primarily marketed. Yes, the good ole USA!.

Avoid the ICE and add Medellin to your liquor specialty bucket list.