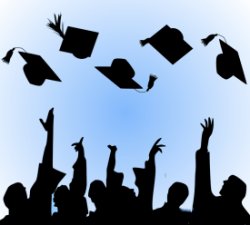 We walked through the busy parking lot following the rest of the crowd. It was a warm evening and the sun was setting on the other side of the arena which loomed in front of us. Snippets of conversation could be heard as we walked quickly with the throng. It was a joyful night. Everyone was in a giddy mood. Laughter floated in the air.

We entered through two sets of glass doors. Young people in white shirts and brown vests stood at the opposite side of the hallway directing us. “Entrances to the seating area are to your left folks,” they said as they extended their left arms.

The air was thick with anticipation. We followed the throng down a curving hallway passing several exits along the way. The buzzing of the crowd inside could be heard from the open doors and the faint sound of the tuning of musical instruments wafted in the air.

Finally more young people with the brown vests appeared, motioning us to enter the doors to our left.

“Plenty of seating through this entrance folks,” they said as they beckoned us to enter.

The moving crowd turned to the left and we walked through some doors. Immediately a huge oval arena with several levels opened up to us. We walked down some stairs and squeezed ourselves into an empty row of seats.

We were finally here. From our vantage point on the second level, we could see hundreds of folding chairs neatly lined up in rows on the floor below us.

The place was half empty but filling up fast. The mood was festive. The people in the crowd were smiling, laughing and talking. In twenty minutes the ceremony would begin.

It was graduation week. We were back in Idaho from Arizona. Our grandson would be graduating high school tonight. In our snowbird life, every return north has its own challenges of change and transition, but I was soon to find out that attending a high school graduation at this stage in my life would prove to be somewhat jarring.

Here I was, a newly minted, senior citizen having turned the ripe old age of sixty-five just a couple of months ago, sitting and watching young men and women preparing to take their first steps into adulthood. It was nostalgic. How I longed to be down there with them and start all over again.

With the low buzz of the crowd in my ear, I opened up the program and glanced at the pages of names in front of me. There were so many names, about six-hundred in all. I looked at the names of our next generation of doctors, accountants, lawyers, legislators, truck drivers, coaches and teachers. My eyes darted up and down the columns until they came to rest on the name of our grandson. I remembered when he was just a toddler. It didn’t seem that long ago.

Soon the lights come down and a hush fell over the crowd. As music began to play from the high school band seated at the rear of the arena, the graduates started parading in two by two, their green caps and gowns shimmering in the low overhead lights. As the students streamed in, family and friends cheered for their special graduate. We tried to catch a glimpse of our grandson. But we were too far away.

While sitting there and watching the proceedings below, the decades behind me melted away and I was transported to the small gym floor of my hometown high school forty-seven years ago. I couldn’t believe how young and innocent I was back then, untainted from a lifetime of successes and failures. The sky was the limit. Nothing seemed impossible, or even unattainable. The blank canvas of my life was spread out before me.

But during the next few years of my life, the dreams and possibilities that were rolled up into that one night slowly became buried in the rush of living. Career, marriage, bills, family; all the responsibilities that come with adulthood soon took center stage.

Eventually life stopped presenting itself as this ecstatic journey and slowly morphed into a destination. That giddy feeling that came with wearing that cap and gown soon drifted off into a misty fog.

As the ceremony moved forward, we listened to speakers, both students and teachers, invoke all the right slogans; “be all that you can be”, “failure is not an option”, and “we are the future”. As I watched the kids sitting in their chairs with their tassels dangling from their caps, I wondered if they were even listening to what was being said. With all the partying planned for later that night, how could anyone concentrate on a speech?

Shortly the procession began and a blur of green caps and gowns walked across the stage. We waited patiently for our grandson’s name to be called and cheered for him as he was handed his diploma. Again I was struck by the speed of how fast the years had gone by. It seemed like yesterday I was pushing his little frame in a swing at the park.

After the ceremony we met him outside of the arena as we all posed for pictures. The cool air of the evening felt refreshing. Smiles and hugs all around as our grandson thanked us for coming. His face beamed with excitement. What a handsome young man. We were all proud of him that night.

On the drive home I reflected again on my own life and thought about the next couple of years of his.

Ignorance is bliss, as they say.

He doesn’t even know what’s coming!

Becoming An Artist In Retirement