The Case of the Exploding Shoes 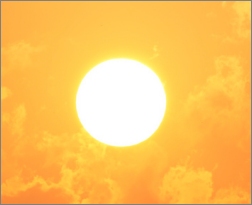 Expats often write to tell me of the many and varied experiences that they face when beginning a new life in the sun. Often it is about their frustrations and misunderstandings with town halls, lawyers, as well as a lack of a decent Internet connection that prompts readers to write to me. However, a message from a reader living in the Costa Blanca a few weeks ago did intrigue me.

It was a message from an established expat; a lady called Joan. One day, Joan decided to tidy the section of their wardrobe that belonged to her husband, Colin. He was a bit of a hoarder and had kept a pair of smart, expensive leather shoes that he had bought for work in the UK some ten years earlier. He thought that they might come in useful for weddings and funerals, but had never worn them since the couple left the UK. As he was out playing golf, Joan thought it was an ideal opportunity to lose them, and gain a little more space for herself.

As Joan picked up one of the shoes, the shoe exploded and spread a cloud of fine dust over her, the wardrobe and the bedroom. Needless to say, Joan was shocked; the same thing happened when she picked up the second shoe. It appears that the entire heel and sole of both shoes had completely disintegrated with age and the heat.

Joan’s email reminded me of a warning that I gave a few weeks ago about the deterioration of rubber in car tires, and was the reason why tires should be changed every six years, regardless of the amount of tread remaining. The sun and heat causes rubber related products to deteriorate very quickly, and in the case of tires, become very dangerous. I replied briefly to Joan, and gave the issue no more thought until this week.

A few days ago, I discovered a pair of trainers that I had bought some time ago in a sale. They were a highly reputable, and usually expensive, brand, which had been for sale at a price that I could not resist. I remember immediately regretting buying them when I got home, as there were a little too tight for me, and so they had remained in a wardrobe in the vague hope that they may fit when the weather became cooler.

As we had a cool spell, I decided that now was the time, and I put the trainers on to take Bella, our dog, for a walk. I managed to walk just a hundred metres from our home, when there was strange squelching sound, and I found myself sinking gently to the ground. Bella fled down the path with both horror and embarrassment. Yes, you guessed; one of my trainers had exploded, leaving a cloud of fine white granules spread all over the road. It was a weird and unsettling experience, and as I turned to return home before anyone witnessed my predicament, the second trainer burst, leaving another cloud of dust and the bottom of the shoe on the road.

It was as I was hopping home that a neighbor caught me. Don’t these meetings always happen at a bad time? After initial greetings, he commented that I look troubled, and was everything OK? Had I hurt myself, he asked kindly, as he had noticed that I had developed a rather serious limp. I thanked him, and did my best to muster up as much dignity as possible as I struggled down the road to our gate, with only the top of the trainers covering my feet.

If you are reading this, Joan, I empathize, and urge all expat readers living in the sun to check the contents of their wardrobes, and to carefully check the age and condition of their shoes.

When A Writer Retires

I can hear you, but I can’t understand you