The Bumpy Road of Life

December 5, 2019 |  Category:   Health, Life, Retirement locations  |  4 Comments
Author:   Don Karp  posts:  1    Author's   bioXDon Karp Background:
Don continues to live an unconventional lifestyle, with many turns in the road. He’s an expat living in Mexico since 2003. His site has a monthly blog, Letters From Mexico. Writing on Quora.com, he specializes in questions on “psychosis,” coming from his lived experience with it. He facilitates journal writing workshops. Don’s self-published memoir is on Amazon. Visit his Facebook page, and contact him at don@donkarp.com. 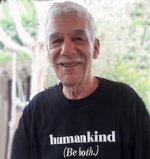 Imagine driving along a back country road in the central volcanic region of Mexico, awed by the unusual shapes of the mountains. You hit a speed bump.

You jam on the brakes.

A native described the speed bumps, “They are dead policemen,” he said.

In life, one experiences similar shocking bumps of awareness, slowing you down to reflect. Unlike the road bumps, these can point to a needed change in lifestyle.

I think of these life bumps as culture shocks, taking the term “culture” in a broader sense.

My life’s predominant culture shock was in 1967. I was pursuing a PH D in microbiology to teach and research at a university. I realized I was too sensitive to rejection to have a career in academic science. Academia has publish or perish competition, and other obstacles. Seven years was a huge financial and time commitment—very hard to accept ending it.

During that same year, my younger brother introduced me to the emerging counter-culture. Inner experiments with psychedelics superseded the ones in the laboratory. I began having flashbacks, and this led to paranoia and hearing voices.

In the mental hospital I decided to drop out of college. My “recovery” took another eight years of relapses and other hospitalizations.

This was a huge bump, catapulting me into a different lifestyle. In 1978, after a year of sessions with an excellent private psychotherapist, and a lot of determination, I no longer heard voices, took meds, or returned to the hospital.

In the early 1990s, I wrote about those negative experiences. I had reams of yellow legal pads with scribbles, with the sole purpose of writing as a catharsis.

During the 1990s, I worked at a camp-out folk festival where I met Giovanni who lived part-time in Connecticut and the rest of the time in a commune in central Mexico. He invited me to attend a workshop the commune created.

I attended the workshop in 1996. This was my first time in Mexico. In subsequent years, I stayed at the commune twice. It overjoyed me to attend many fiestas, to live in the temperate climate. I took pleasure in the Mexican focus on family and community life. In the US, working and shopping were the main activities—not the human elements as in Mexican life.

I awoke at the Mexican commune early to catch a flight back to Boston. In the emerging daylight, I saw a planet near the crescent moon. It was so beautiful, a metaphor for my stay in Mexico. I cried, not wanting to leave. This was a signal to me to prepare to move to Mexico.

After two years working at high-paying jobs, I’d saved enough to begin the next leg of my life—retirement in Mexico. I got rid of a lot of non-essentials, enjoyed the roasting at a going away party, and packed my VW hatchback, filling every nook and cranny.

Taking a leisurely two-week drive to Mexico, I landed at the commune where I stayed for a month till I found my place. To stay connected to family and friends while far away in this foreign country, I wrote a blog. It expanded to include those I met on my Mexican travels.

Many of my followers told me my writing style and content were engaging—that I should write a memoir.

In 2008, I met a woman from the US—a visiting writer. After she gave a book presentation, I told her I had a memoir in progress.

I did not know she had received the Pen Oakland and American Book awards.

Her feedback on the draft: “I was so absorbed in reading the story I forgot to go to my yoga class.”

This pushed me to work towards self-publishing. When I set a strong intention, the universe provides opportunities. I met my cover artist in a hostel in Oaxaca, my web designer on the beach, and a friend did the layout.

In 2013, I published my book on Amazon. I gave my first presentation. My thoughts were—who wants to hear my personal life experiences? Why should I divulge them to strangers? I realized everyone has their own stories, and sharing mine prompted others towards self-examination.

Along a similar line, I considered my mental hospitalizations. Perhaps part of the reason for having them was to later help others going through similar difficulties.

I write a blog about life in Mexico. For the past several years, I’ve written answers to questions on mental health for an online forum. I gave workshops in journal writing for transformation, was interviewed on several podcasts, and gave many presentations.

Coming from mental hospitals, I now am thriving, living an Outrageous Life.

Focus on Health, Not Weight, As You Age