July 26, 2017 |  Category:   Retirement locations, Travel  |  Add Comment
Author:   Dan LaCombe  posts:  6    Author's   bioXDan LaCombe Background:
Dan LaCombe is a recently (early) retired Planner from the State of Delaware (23 years). He has been active all his life and now, with lots of time yet little money, embarks on one adventure after another, as was his life’s dream. Having taken journalism and photography in college, he worked as a reporter and photographer for the Ridgefield Press, early in his career, where he wrote numerous human interest articles. Several of his letters to the editor have been published in the News Journal. He is a modern day nomad with no permanent address and minimal processions. He plans to document his adventures in order to share this rewarding unconventional lifestyle with others. 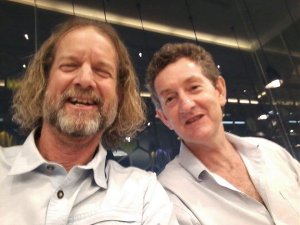 Yes indeed, many head to Thailand for a taste of wild-life, but it’s also an awesome place to encounter wildlife. And that’s exactly what two ole classmates did recently.

It had been over forty years since we were in high school or had even seen each other! We were one grade apart, Rob being a year my junior. But we picked up right where we had left off – goofing around and having a good laugh like old times.

After a few nights of Bangkok revelry, including meeting up with another fellow alum who resides there, we headed south in a rental SUV to the Kaeng Kracken National Park (Thailand’s largest) in search of unique animals of southeast asia. 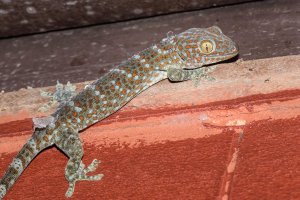 We both are nature enthusiasts, but Rob is particularly keen on slimy and slithering creatures, snakes being his prized target. He’s quite the accomplished photographer and had lugged a suitcase from his home in Hong Kong packed with photographic equipment to capture images of “creepy crawlers.”

Being navigator by default, I grappled with paper maps and electronic devices to negotiate remote Thai back roads. Just getting to our destination proved quite an challenge; having a sense of adventure certainly proved a plus! And though we made but one notable wrong turn during the four hour journey, Rob harped on this endlessly – some things never change…

The on-line information about the park was somewhat sketchy but it appeared that we would be able to rent a tent for the night, which in the end proved to be true but also we were lucky (more on that later). 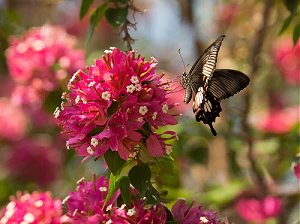 Once within the park the road abruptly changed to a dirt track, complete with rocky stream crossings and some fairly steep ups and downs. “You’re not planning to get there in that are you?”, asked a guide we encountered, pointing to our vehicle. Undaunted, the intrepid adventurers pressed on though with perhaps just a touch of apprehension.

We had selected the far end of the park to spend the night with the idea of exploring other areas along the way. Driving through throngs of butterflies, especially around water, we encountered various primates along the way – sometimes alerted by their unmistakable howling.

At a hilltop overlook the birds were amazing, including extremely colorful little blue/green Indian Rollers and several extraordinary great hornbills in distant trees. But storm clouds formed and we felt an urgency to press on, however a ranger made us wait. You see, the narrow track is one-way in this section of the park depending on the time of day. 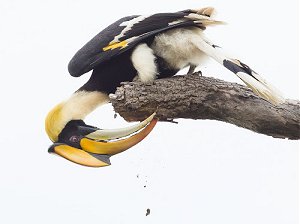 As luck would have it, our fifteen minute delay was rewarded by the arrival of a majestic hornbill onto a dead tree right before us – seemingly posing as he dug for insects in the rotting limbs!

We then drove with purpose as the sky drew ominously darker. The skies opened up with sheets of rain and mighty claps of thunder as we pulled in to the camp. Using improvised sign language countered by broken English, we managed to secure a ranger’s tent in a covered screened area, protected from the storm that lasted hours. Lucky we were! 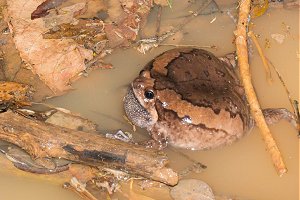 The camp has a small eatery, and at dinner we met the only other westerner – a hitchhiking Brit who fancied feathered friends over humanoids. Being eccentric, he made for interesting company; joining our roam of the grounds in search of Rob’s beloved nocturnal “herps.” The heavy rains had produced many puddles and, directed by croaks and other odd utterings, our headlamps revealed many shimmering creatures.

Retirement on the Road