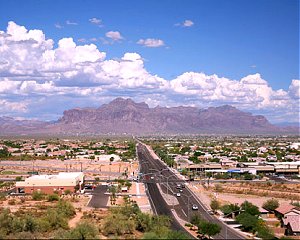 My wife and I have been coming here for the last twelve years now and we love it. The weather is warm. The sun shines most of the time and there’s lots to do. When the calendar turns to October and the days start getting cooler, that’s when we know that our annual trip south is just around the corner.

Mesa is ranked by the Census Bureau as the 38th largest city in the U.S. and 3rd largest in Arizona behind Phoenix and Tucson. It is considered a suburb of Phoenix lying twenty miles east of Arizona’s capital city. Mesa has a population of around 500,000, which sounds pretty crowded, until you realize that the city sits on a rather large area of land; 133.3 square miles. Mesa is a long city with a travel distance running east to west in excess of eighteen miles. Surrounding towns bordering Mesa are; Tempe to the west, Chandler and Gilbert to the south, and Apache Junction to the east.

Mesa is the main city in the East Valley of the Phoenix Metro Area which includes over a dozen suburbs comprising close to 4.5 million people. Again, that sounds crowded, but don’t let that fool you. The Greater Phoenix Metropolitan Area sits on 14,500 square miles of Arizona desert. 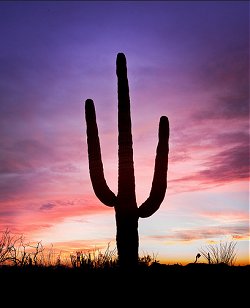 Mesa is located in the northeast corner of the Senoran Desert which encompasses parts of Arizona, California and Northwestern Mexico. The Senoran Desert is the only place in the world in which the famed saguaro cactus grows in the wild. Other varieties of cactus can also be found there including the organ pipe, prickly pear, and the cholla. Spring is an especially beautiful time of year in and around Mesa with the various varieties of cactus in full bloom. Eye-catching flowers of reds, pinks, yellows and whites are spread throughout the city and dot the surrounding hills.

The desert environment surrounding Mesa is conducive to a very warm and a very dry climate. Mesa receives on average about 9 inches of rain per year. While the rest of the country is shivering, the average high in Mesa for the month of January is 67 degrees with an average low of 41. Very nice.

Traveling about Mesa and around the Phoenix Metropolitan Area is made easier by a well thought out and wonderfully designed freeway system; one of the nation’s largest and fastest growing of any metro area in the country. Interstate 17 running north and south, and Interstate 10 running east and west are the backbone of Phoenix’s freeway system bringing cross country travelers efficiently into and through the greater metro area. Loop 101 and loop 202 are relatively new freeways systems designed for local travelers to traverse around and across the valley while driving to and from the many Phoenix suburbs.

In addition to the freeway system, Phoenix and its environs are served by the new Metro Light Rail system which crisscrosses the valley on a 23 mile light rail line. Construction on the project started in March 2005 and full operation of the system began with great fanfare on December 27, 2007. For a two dollar all day pass, you can ride the light rail from Mesa, through Tempe and all the way into downtown Phoenix, bypassing freeway traffic and eliminating parking. A great way to travel to an NBA Phoenix Suns game or a concert at the Phoenix Symphony. 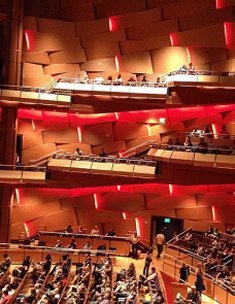 Snowbirds coming down to Mesa for the winter do not lack for things to do once they get here. Downtown Mesa boasts of many activities and events throughout the year from Music Festivals and Farmers Markets to Arts and Crafts Shows and nationally recognized museums. The Mesa Arts Center is a state-of-the-art $95 million, 210,000 square foot complex for the visual and performing arts.

With multiple theaters for differing styles, the Mesa Arts Center is a wonderful place to take in a Broadway show or a fashionable concert. And it’s easily accessible by light rail.

If your thing is golf, Mesa is the place to be in the winter. Mesa and its neighboring cities boast of over one-hundred golf courses, each with unique and dramatic holes set within the surrounding desert landscape. The Phoenix Open, one of the most popular events on the PGA tour is held annually in early February at the Tournament Players Club (TPC) in Scottsdale, Arizona, about 15 miles northwest of Mesa. This nationally televised event is the largest professional golf tournament on the PGA tour and annually attracts the top names in the game. The four day attendance for the tournament is usually around 500,000 and the atmosphere surrounding the event has been described as “one big party”.

Mesa, Arizona has been our winter home since 2002 and we intend to keep coming here a long as the good Lord lets us.