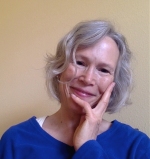 Not really. A day or so later, a doctor sat down with him and said, you have two days left. A week at the most. Do you understand? My dad looked out the window at the March rain and sang a few bars of “Mine Eyes Have Seen the Glory.” One of my brothers was visiting at the time. He called, in shock. Two days? I hurried back to the nursing home. Speaking slowly, with great difficulty, my dad choked out, “I guess going home is not going to happen.” He looked deeply at us, as if hoping one of us might disagree.

The nursing facility was not normally a place where people go to die, but after some frantic negotiations, it was decided he could stay where he was, with access to a hospice nurse, who would come as soon as possible.

By the time the hospice nurse checked in the next morning, he was very uncomfortable. She’d come back as soon as she could, she said, with morphine.

Barely conscious, he tried several times to get up to use the bathroom. He was having trouble breathing. He coughed, persistently. A nurse told me, quite firmly, he wasn’t drowning, even though it sounded to me like he was. Morphine, administered late that afternoon, didn’t help. Did we want to add Ativan? asked a nurse. Why wouldn’t we? I wondered aloud. The nurse who’d asked gave me a long look, which I didn’t get, and was afraid to ask about. I learned later, that look meant: Ativan can suppress breathing. He’ll be comfortable, but that will be that. Yes, my dad’s wife said firmly. Ativan. She, at least, had been through this before.

He passed peacefully a few hours later in his sleep, as they say in the obituaries. Although it wasn’t exactly sleep.

Some of us will slip away quietly, with no warning. Many, like my mom, never make it to old age, but pass away after an accident, a stroke or heart attack. Many of us though will have a noisy, messy, drawn out end. What can look very distressing though, is actually “normal” for a dying person. Even though it felt wrong, when we saw signs of our loved one’s dying, it would have been a good idea to start educating myself about the physical process of death. Here are 6 things I wish I’d known more about:

A young friend who recently lost her mother to ovarian cancer wrote that, oddly, sitting vigil by her mother’s death bed reminded her of childbirth. There was the waiting, the anticipation, the fear, and ultimately the passing from this life to something else. It’s a good description. The dying process is terrible, but also, somehow, beautiful, and deeply moving. In 1927, Milton Waldman wrote that death was “a desirable corner from which to survey life, because it makes life itself more precious and significant; because it gives poignancy to its beauties and delicate shades to its surfaces; because in the end, by accepting the inevitable, it makes for a finer, clearer understanding of ourselves; because it makes us see ourselves against the one background of which we are certain- that of the inexorable law of our common mortality.”

My dad’s death left me both grief stricken, and grateful for his long and happy life, and I think he would say the same if he could. I only wish we could have made the very end a little easier for him, and for those of us carrying on without him.

Advice for Future Corpses (and Those Who Love Them), Sally Tisdale

When and Why Have American’s “Forgotten Death”?