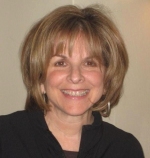 XRenee Fisher Background:
Renee Fisher is the co-author of two books for women over 50. With her co-authors, she speaks and conducts workshops based on her books. She is also a Featured Blogger with Huffington Post and the National Boomer Humor Examiner. Her blog is Life in the Boomer Lane. She can be also be reached by email. Renee lives in the Washington, DC area with Now Husband Dan and Miracle the Cat.

Susan appears to be a normal person in most regards. Her online profile is normal (“I’d like to meet a man who is a people person, likes to travel, see plays and movies, and enjoys a woman’s great cooking”). Her photo is normal. There is nothing about her profile that would attract a depleted gene pool of men. Yet she attracts men to her who are unique, to say the least. None of her friends can figure this out. While her experiences provide me with endless fodder for blog posts, they do little to move Susan off single status.

Her problems seem to start from the get-go, when she first reads the mail she gets from potential suitors. Many of the profile names shouldn’t be read on an empty stomach: Pistolhead, Riding Cowboy, Katlicker, Pistolpete, Swabjock.

Now for the actual words:

“I haven’t been with a woman in eight years.”

If someone wrote that to me, I would immediately consult an attorney to find out which criminal offenses would have resulted in an eight year prison term.

“Do ya judge the book by the appearance of the cover, or do ya open the cover to find out if the table of contents captures and peaks your interest enough to read more?”

Actually, I like to scan the index first, then check out the footnotes. Sometimes, I read the jacket, but other times I flip right to the author’s biography at the end….

This one is from “Looking For Busty”: “I am an older, independent, very safe, straight man in good shape and I like very much the younger woman who is busty, local and in very good shape for extra-curricular activities.”

Hey LFB, there are about 10,000 other guys waiting in line for Busty, also. It got so bad, she had to go into the Witness protection Program.

“I am looking for one woman, not two or more…”

I’m wondering about a person who has to clarify this. Has he had negative experiences with trying to find a soul mate, and instead was tricked into having group sex?

“I am a very outgoing person and I always see the glass as half full. I’ve been told that I have a very humorist personality.”

Ah, I know about this. It is also called the “Will Rogers Syndrome.”

“I’d like to volunteer this: I look and act a lot younger than I actually am.”

I’d like to volunteer this: 95% of people over the age of 45 would probably write exactly the same thing about themselves. The other 5% would use capital letters when they wrote the words “a lot.”