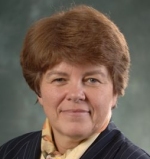 Counseling which is a part of psychological treatments or one of habituation-oriented therapies is very important to clarify misconceptions related to tinnitus, provide explanation to problems reported by an individual as well as guide them during the treatment. Many habituation-oriented therapies include the use of some sound therapy with passive or attentive listening to music or noise, all the time, for a period of time or when tinnitus is particularly bothersome.

The prestigious Cochrane Database of Systematic Reviews lists only two treatments, which have been shown to be successful: Cognitive Behavioral Therapy (CBT) and Tinnitus Retraining Therapy (TRT). CBT helps a proportion of people but requires relatively frequent and a repetitive visits. Modification of CBT by supplementation with techniques aimed at distracting attention, relaxation, and stress reduction are helpful as well. These approaches focus on the conscious path and only indirectly influence the subconscious connections of the auditory system with the limbic and autonomic nervous systems.

Tinnitus Retraining Therapy (TRT) uses counseling to reclassify tinnitus into a category of neutral signals and explains how brain plasticity can be utilized to habituate (“to get used to”) to tinnitus. At the end the treatment, patients can still hear tinnitus but it does not evoke negative associations and reactions. A second component of TRT is sound therapy, which weakens tinnitus-related neuronal activity by decreasing the contrast between the tinnitus signal and background neuronal activity influenced by background sound. This in turn allows the auditory system to turn down the gain and helps the patient to perceive the tinnitus signal as less intrusive. All patients are advised to “avoid silence” and enrich their environment with neutral sound. This sound should not mask (suppress, cover) their tinnitus and it should not cause annoyance or attract attention. Sounds of nature, broadband noise, or music can be used. Frequently ear devices (sound generators), which produce a neutral sound, are suggested. They are easy to use and allow the patient to keep a well-controlled sound level in different situations throughout the day. They are particularly useful when patients have not only tinnitus but also decreased sound tolerance.

In the case of patients in need of sound amplification, so called combination instruments (hearing aid and sound generator in one device) can be used. They provide a “safety net” for continuous auditory stimulation to facilitate the habituation of tinnitus sound. One of advantages of the use of ear devices, which produce meaningless noise, is that patients can naturally habituate to the devise-produced sound and transfer this ability to their tinnitus. TRT is an effective treatment with the main goal of tinnitus ceasing to be an issue in patients’ lives. The analogy of new but comfortable shoes can be used – one may notice new shoes, even very comfortable new shoes, for some period of time if they are different from those, which one wore previously, but in a short period of time the person will stop noticing the shoes at all.

TRT focuses on the specific problems of each individual person. The success rate of TRT is high (there are over 100 papers which report results of TRT, with a majority of them reporting success rate of 70% to 85%). But it is not a quick fix as it takes time to retrain reflexes in the brain. It will not bring “golden silence” but rather habituation of tinnitus. Thus the patient will no longer react to tinnitus and gradually, with time, he/she will rarely perceive tinnitus. With completion of successful treatment, patients “have tinnitus, but so what” as they are not bothered by tinnitus and tinnitus ceases to affect their lives.

Information about tinnitus on the Internet is definitely a challenge. I encourage you to be critical and careful when reading tinnitus posts, and particularly when making the decision about potential treatments. There are promising, potentially helpful methods for tinnitus alleviation, but always consider the placebo effects (in the case of tinnitus it seems “magic water from the moon” may help 30-40% of those who try it for 2-3 months). Thus, it is important to look for long-term, well-controlled, randomized clinical studies on sufficient numbers of study participants. It is important to differentiate between experimental research protocols and reliable clinical treatments and to consider side effects and look at labels, which list the ingredients of advertised supplements. There is no one treatment which will satisfy all the people who are seeking help for tinnitus. Become an educated customer. For now AVOID SILENCE (try to have low level sound in your surroundings during the day and night), try to reduce stress and enjoy life.