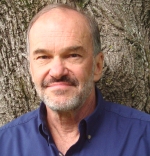 XRobert Begiebing Background:
Bob Begiebing is a writer and retired university professor with eight books and many articles to his credit. His full bio and information about his books are available on his website at www.begiebing.com. He has just published a memoir of growing up in the Berkshires in the 1950s entitled A Berkshire Boyhood: Confessions and Reflections of a Baby Boomer and writes here to say something about the discoveries about himself and others in the process of writing the new book. He is also encouraging other seniors to think about writing their own stories.

He can also be reach by email.

I retired from teaching at Southern New Hampshire University three years ago and had begun to work on my eighth book sporadically a few years before my retirement. It’s my first autobiographical writing because up to my retirement I wrote, instead, literary criticism and history, journalism, and fiction. But it seems to me the more I think about it that writing a memoir confined to a period of your youth is something that is probably motivated, at least in part, by the stage of your life as you enter late middle age. You begin to look back, to think back, and to search for understanding and meaning about the events, places, and people of your past—their influence on you and your relations with them. You are exploring a certain moment in your personal history that is also a certain moment in the broader history of people and events.

In my case, one of the things I discovered in the research and writing was that my relationship with my father, both troubling and nurturing, seemed to represent in some way the fraught relationships between the World War II generation and the Baby Boomer generation, lending greater universality to my personal story. But I also discovered that in the process of understanding my father better I was also on my way to understanding myself better, what had influenced me, what had led me to make choices during my life, often trying to build on his positive choices while avoiding his negative choices. Another major theme I discovered in the process of writing was the formative influence of your childhood landscape on your character and development. There were of course also important interactions with friends, other family members, and sharply differing landscapes that had influence on me throughout my life, but my focus for the book was primarily from 1953-1961 when we lived in Williamstown, Massachusetts, until we moved to Los Angeles where my father—a semi-professional musician and an engineer—found new, more inspiring work.

So in writing the memoir I was learning all over again and in a very personal way what so many other writers had said before me: the key to the mystery of one’s behavior and personality as an adult is to be found in one’s childhood and all the interactions of that childhood. Which is not to say that you continue to think or behave as a child (or at least you hope not), but that the multiple influences of that period are subtle, often unconscious at the time, and sometimes ambiguous. Nonetheless they are powerful. Moreover, the years between the ages of seven and fifteen, the period I am mostly focusing on, would seem to me to be the most significant time in one’s childhood because for me that period and that place, the Berkshires, had a profound and lasting influence on the rest of my life. That influence is what drew me to write the book in the first place, and in the process to understand that influence better. As I say, at this stage of your life (call it one’s sixties and seventies) that’s the sort of understanding you seem naturally to be searching for.

Because I was writing for publication, I needed to shape my work so that my themes would lend a degree of universality to a personal story: Themes such as the Berkshire region’s numinous spell as, historically, a creative or spiritual resort from commercial America; youthful resistance to cultural mind-sets; youthful adventures in American theater and music; along with themes I’ve already suggested, all give to readers a sense that if a memoir is about oneself, it is also about more than oneself and therefore more interesting than the personal story alone.

I mention all this from my own experience to suggest that anyone of a certain age reading my comments might consider writing a memoir of his or her own. Not necessarily for traditional publication, but for one’s own understanding and one’s own search for meaning. And why not also leave something of your life story after you for your descendants to read and to understand you. I would have loved to have had a document from either of my grandfathers or either of my grandmothers relating significant moments, people, and places in their lives. It would have helped me to know them and their times much better than I do. An important other benefit is that you also get to discover things about yourself you might have forgotten in later years, and you might well find, as I did, considerable pleasure, even catharsis, in the process of rediscovering your personal past.