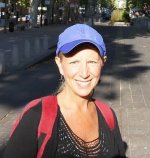 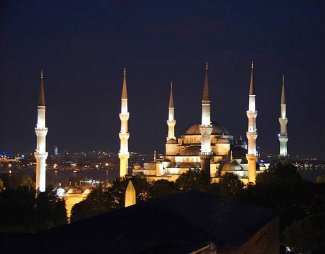 In sunnier weather, all this history might have seemed remote and colorful. But against a backdrop of unrelenting gray, it left us on the brink of depression. After visiting so many places that had witnessed sieges, plagues, pestilence, starvation and butchery, even the cheeriest of souls would succumb to its grip.

The brief descent into gloom taught us a valuable lesson: Our ability to enjoy the wonders of the Old World required being connected to our own world, so access to Wi-Fi was critical. Video-chatting with the kids, paying bills and banking online, researching destinations and making reservations, translating foreign phrases, checking the weather and verifying currency/temperature/mileage conversions all required the Internet, a scarce commodity in la France profonde.

In our hungry search for connectivity, we became like compulsive smokers furtively huddled in the shadows outside shuttered Internet cafes, anxious for a fix from home. From then on, we insisted that a Wi-Fi connection never be more than a day away.

We had left the U.S. just after Labor Day, and over the next 12 months traveled through 21 countries in rental cars and on countless trains, planes, buses, shuttles, cable cars, gondolas, ships and ferries. We passed through some places quickly (Austria, Germany and Portugal); others we enjoyed for extended stays (France, Greece and Italy). There was no blueprint, no grand strategy for our year. We wanted it to unfold organically, with the possibility of flights of fancy and time for reflection. All we knew for sure was that we would start with a month in Paris, our favorite city where previous weeklong stays had always left us wanting more, and end with a farewell in the City of Light 11 months later. We mapped out an approximate itinerary and then booked our accommodations online along the way. 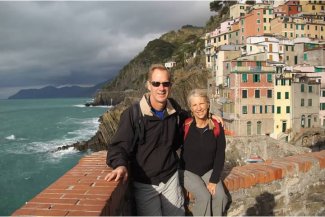 Budget-conscious throughout, we mostly stayed in inexpensive, often out-of-the-way lodgings and ate modest meals. But there were occasional splurges: staying in a chateau in Provence, skiing in the Dolomites, enjoying a spectacular riad in Morocco and dining in multiple-starred restaurants. Our trek included some European Grand Tour destinations, but we added visits to lesser-known places such as Carcassonne, the ancient fortified town in southern France; Andorra, the Catalan principality perched high in the Pyrenees; Agrigento, Sicily, with its honey-colored Greek temples lining the ridge; the Greek island of Kos, home of Hippocrates; Split, Croatia, once the retirement palace of hometown hero Diocletian, a Roman emperor; Lipica, Slovenia, where Lipizzaner stallions are bred; and, Butrint, Albania, one of the most spectacular archaeological sites on the Mediterranean.

We savored the rich food of southwestern France, sipped the wines of Italy, smelled the blooms of Holland’s Keukenhof and scrambled over ruins in Turkey.

It was only when we got to Fez, Morocco, that we encountered difficulties. There, my efforts not to be an ethnocentric American finally failed me.

But I was not prepared for the pervasive deal making. Everyone wanted to sell us something and everyone else wanted a cut. I felt the sands shifting beneath my feet anytime someone approached us. 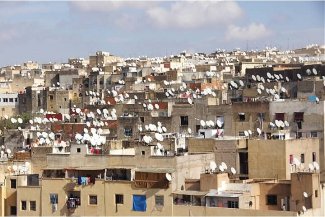 If Fez was a low point, though, there were plenty of highs, including training for and running the Paris Marathon in April—Joe’s third marathon, my first and last—and completing the Mont Blanc circuit in June through the Alps of France, Italy and Switzerland. The Tour du Mont Blanc, or TMB, is one of the world’s classic long-distance footpaths. Experiencing the alpine wilderness and being surrounded by the dramatic ice-capped peaks was the proverbial icing on our sabbatical-year cake. In seven days we hiked 75 miles around Mont Blanc, the highest peak in the Alps at 15,770 feet, survived ascents and descents of a combined 36,000-plus feet and crossed through three countries.

The circular path took us from village to village, through flower-filled meadows and then up precipitous and barren mountain passes. The views were spectacular, the flora and fauna unforgettable. It left us exhausted yet exhilarated by the end.

On our final day in Paris in late August, we bid au revoir to our rented studio and, dragging our bags behind us, pass Parisians performing their early morning rituals: sweeping the brasserie floors, polishing the shop windows, posting the plats du jour and hosing down the plastic-webbed chairs of sidewalk cafés. It’s difficult to think of the orchestration of life in Paris continuing without us.

But it’s time for a new adventure, I realize, this one stateside. Soon we’ll be sending out résumés and finding an apartment in Bethesda, which we’ve decided to make our next home. Within months of our return, Joe and I will both be employed and settling into a different rhythm.

But all of that still lies unknown and ahead of us as we walk by our favorite boulangerie, resisting the urge to stop as we have so many times before for buttery croissants and fresh baguettes.

As we roll onto the Metro platform, a busker serenades us on an accordion, a fitting elegy for the conclusion to our Gap Year. Our adventure has come to a close.