Moving with Spirit: Saying yes to the heart, even when the mind says no from fear 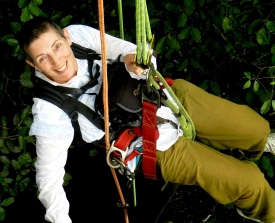 In May 2011 we leapt off a cliff. Not a physical cliff, although it felt a bit like that at times, but a metaphorical cliff: we made the decision to sell our beautiful home in Vancouver, Canada and use the proceeds to go travelling. We had no idea, beyond a list of places we wanted to visit before we kicked the proverbial bucket, where this decision was going to lead us, but we had confidence that we were making the right decision at the time, and that has proven to be true. We began travelling the world in September 2011 and haven’t stopped since, except for occasional short trips back to Vancouver to deal with taxes and the residual aspects of Don’s neuropsychology practice.

The word spirit has a number of possible meanings: it can refer to the Holy Spirit of the Christian religion, it can mean a person’s life-force energy, the Chi of the Taoists, and it can also mean a person’s temperament: high spirited, in good spirits. It is also the root of the word inspiration: being stimulated to do or feel something, especially to do something creative, to act in new, creative ways. And we were profoundly inspired to take the plunge and leave behind everything that was safe and familiar and go on the greatest adventure of our lives. We sold our home and car and divested ourselves of almost all our possessions because it felt right. More than right. It felt inevitable. It felt like destiny.

Don was writing daily about this experience. While not everything that he wrote was a gem there were many times when he had the experience that he was downloading material coming directly from Spirit: he was just a secretary taking dictation. It felt to Don that we had jumped off a cliff but there was no hard landing at the end, just a continual process of falling into God’s arms, supported by angels. 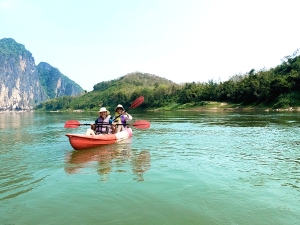 Time after time what we refer to as miracles happened – the perfect unexpected unfolding of events dovetailing with the needs of all others involved. There was a house fire – we had household goods to offer. Don needed to find a replacement for his practice. A couple of years previously he’d looked and couldn’t find anyone. Suddenly the perfect person was available. Our house sold at the peak of the housing market. There was no way we could have planned that! We had to divest ourselves of a mountainous pile of ‘stuff’. It was overwhelming at times, but in retrospect it all moved incredibly smoothly and easily. It felt as if we were being carried along, that Life was living itself as us and through us, and that all we needed to do was to keep putting one foot in front of the other.

When we first started travelling (nearly three years ago) Don continued worrying about money, and tried to keep us to some kind of budget. Italy, where we began, was expensive, but worrying or not, by and large we didn’t let our fears curtail our activities. It was a rich wonderful time, and the budget was balanced later by spending three months in India, which is fabulously economical. Gradually, as we travelled the world, we began to change. We let go of trying to budget. The more we listened to the heart, and the more we became aware of how incredibly blessed we are, and lived in gratitude, then the more the worries fell away. The more it was demonstrated to us through experience that living from the heart was not only safe, but abundant, then the happier and more relaxed we became. Everyday miracles began to happen over and over, and while some could be described as luck or serendipity, others seemed completely inexplicable.

We have changed. Although we have normal ups and downs, and some health issues to do with aging, we seem to live in a bubble of grace that is both humbling and freeing. We perceive life to be a series of unfolding miracles. Mostly we don’t worry about much at all. And we have a level of trust that would have been unthinkable before we began this journey. It’s hard to describe this trust. It’s perhaps best defined as a trust in the unfolding of Life, a trust that, no matter what, all is well. A trust that all that happens is exactly what’s needed, a trust that the heart knows what it’s doing. Our lives have become about saying yes to what the heart and Spirit dictate, even, and especially, when the mind is saying no from fear.