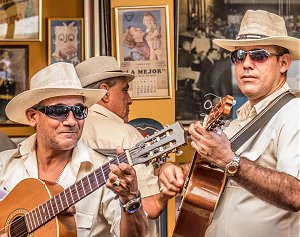 Cuba grabs you by the throat and spits you out dancing. It’s not always easy, and it’s impossible to escape the poverty, but it’s always fascinating. At times raw and gritty, at times serene and beautiful, Cuba has much to offer the adventurous traveller. You can stay at an all-inclusive beach resort and have a typical Caribbean vacation, but if you want to get a taste of the real Cuba you need to explore a little further.

In February 2017 my husband and I spent two weeks in Cuba, visiting Havana, Viñales, Trinidad, Iguana Island, and Guanayara National Park. We stayed in Casas Particulares, the Cuban equivalent of a guesthouse. Casas Particulares are privately owned and offer a chance to mix with local residents. 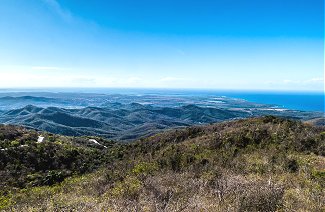 We also found that the best food was served at the casas that we stayed in: think of a rich squash soup with cheese melted on top, a lobster dinner with so much lobster there was enough left for our lunch sandwiches the next day, a breakfast of fresh squeezed juice, fruit, homemade yogurt, eggs any style, fresh hot bread rolls and butter, and tea or coffee. The food was not uniformly outstanding, but it was always good enough, and certainly the best meals we had were the ones we had “at home”.

Havana: has a long history, surviving pirates, wars, occupation, and revolution. In the early 1800’s it flourished and became so fashionable it was known as the Paris of the Antilles. The city still lives and breathes this history, the good and the bad, creating a rich visual and energetic jumble. 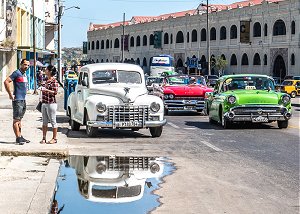 It’s insistent in a way that’s hard to describe: the crowded streets, the noise, the dirt, the music, the dancing, the feeling of decay and neglect all contribute to the tapestry. There are beautifully restored buildings from several different eras, and there are endless crowded streets crumbling from fifty years of crushing neglect. There is a ruthless poverty that forces the people to be inventive and at times dully resigned, and yet the city somehow survives and thrives with an in-your-face bravado that pulses and pushes at you wherever you go. It’s rarely glamorous but it cannot be ignored.

We were fascinated with the life on the streets, the raw energy, the camaraderie, the music. And it’s impossible to miss, no matter the hardships, the ordinariness of it: people are people, just going about their lives and making the best they can of it in circumstances over which they have little control. They laugh, they cry, they play, they work, they get exhausted, they have fun, they fight, they love. Havana is a grand and unique city, and for all Cuba’s troubles, it is one of those great cities of the world that calls out to be seen. 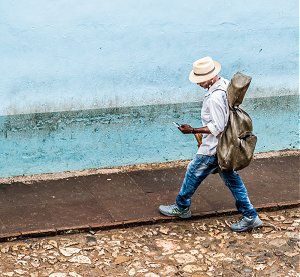 Walk along Paseo de Marti to the Malecon for sunset, explore Old Havana, visit the Capitol Building, the Museum of the Revolution, the Hemingway Museum, Museo Nacional de Bellas Artes, ride in a classic car, and catch some salsa.

Best places for Wi-Fi are the high-end hotels. If you go upstairs to the business centre in the lobby of the Iberostar they will sell you a five-hour Wi-Fi card that is actually good for over six hours, and generally the signal is pretty strong in the lobby.

We’d bought bus tickets for the journey from Havana to Viñales, but the bus broke down and never arrived. Expect this kind of thing in Cuba. Not everything will always go according to plan. Our bus tickets were refunded, and for very little more we shared a taxi for the three-hour drive with a couple we met at the bus station. The taxi was a classic car probably fifty years old. I had some reservations, but we got there with only a couple of minor breakdowns, which the driver quickly fixed. He delivered us right to the door of our casa particular. It was way more fun than the bus. 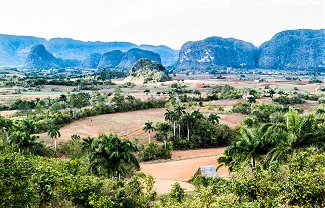 Viñales: the town, is 180 km west of Havana, and Viñales, the valley, a UNESCO World heritage site, flows out from the town in a gentle east-west curve. The landscape is extraordinary. Once covered in limestone (karst), most of it has eroded away leaving jungle covered buttresses, with hills and hillocks known as mogotes, dotted throughout the valley and presenting a magnificent backdrop to the major industry of the area – tobacco farming.

7 Positive Ways for Dealing with Adversity in the Aging Game