Joining the Peace Corps at 71 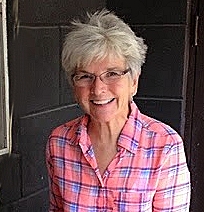 XBonita Osborn Background:
Bonita Osborn is currently serving as a Peace Corps Volunteer in Moldova. Calling Bonita “retired” is a misnomer. Yes, she “retired” as an executive in the telecom industry after breaking gender barriers for women. Then, she worked as an educator and at a housing authority in Colorado. She’s hiked Mt. Kilimanjaro, worked as a ski instructor, and biked across the U.S. She wanted to join the Peace Corps ever since President Kennedy announced it, and finally did at age 71.

It was the early ‘60s and I was deciding which format to choose for my wedding invitations when I heard President Kennedy announce the formation of a new international volunteer organization—the Peace Corps. I stopped what I was doing and gave my full attention to the TV and thought, “WOW, would I love to do that!” But the timing just wasn’t right.

Fifty years later, after talking with a Peace Corps recruiter and after children, grandchildren, and several different careers in telecommunications, education, marketing, community development and public housing, I applied to join the Peace Corps. At 71, I thought I was probably too old to be accepted, but I soon found that there is no age limit. I discovered articles describing the positive impacts of volunteers who were over 50.

About three months after applying, I was accepted. I was assigned to Central Asia/Eastern Europe working in community development, and my service would start six to nine months later. As it turned out, I was assigned to a business program in Moldova to do small enterprise development and was to report for duty in June 2013. That’s when the adventure began!

While fulfilling my 50-year-old dream, I have experienced many high moments along with some challenging ones. I had been concerned about learning Romanian, but I passed the language test after eight weeks of classes. Yes, it was difficult and required a lot of studying, but what a high when I passed! We were also trained on cultural aspects and how businesses operate in Moldova. The most difficult part of my service has been living with a host family during training, and then with a different host family in my village during the first four months of my assignment. I missed my kitchen (I was not familiar with eating fried fish heads or boiled chicken feet), preparing my own food and the privacy I had in America. My host families thought that my shut door didn’t mean anything and they would come in without knocking, and wanted to “be sure I was okay by myself” or “didn’t I want to come and sit with the family”. This would happen when I had spent the entire day with them!

I am now in my 20th month of service and having a grand time working with my Moldovan counterparts establishing a new catering business and a new greenhouse operation. I am assigned to Eco-Razeni, a non-governmental organization that was founded in 1998 to teach young people and those who are disabled in Moldova about ecology and community service. Over the years, the organization has evolved to meet community needs, providing a computer center, the only copy machine service in the village, financial training for youth, and a neighborhood watch program. Eco-Razeni also has a kitchen and delivers meals three times per week to homebound people in the community.

About the time I arrived, the organization was starting to cater from the kitchen to become self-sustaining, so I helped to get operations off the ground. There are nine employees, six of whom are disabled. We have a manager, certified chef, assistant chef, bookkeeper, three kitchen helpers and two meal delivery staff. When we started the catering business, we didn’t have a delivery van and instead folded down the back seat of the manager’s car, covered the floor with easel paper, and put individual serving dishes on the surface, hoping the dishes didn’t slide around during our deliveries. We had no chafing dishes, thermal boxes or other equipment, so we stored the hot food in pots wrapped in blankets during delivery. We used china, silverware and glasses.

After our first catering event, I asked the manager if we had made a profit – and our manager thought we had made a profit because the revenue was more than the cost of the food! We have now developed a spreadsheet that tracks costs, including salaries, transportation, utilities, etc., and we have a financial plan and budget. We also have a marketing and public relations plan. We conduct surveys of our customers and potential clients, and we have been able to purchase a catering van, tables, chafing dishes and other supplies.

During our first months of operation in the fall of 2013, we averaged two events and served about 50 people per month. This past December, we catered 20 events and served over 2,000 people! Each month we continue to grow.

All in all, what a way to not retire! I’m helping people in the poorest country in Europe establish and maintain a successful business. I have many new Moldovan friends and many new Peace Corps volunteer friends. And I have learned a new language.

I’m looking forward to future adventures, whatever may come my way.

Super Bowl in My Backyard