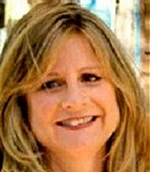 XLinda Vernon Background:
Linda Vernon is a humor writer who lives in the Bay Area with her husband and her Yorkshire terrier, Cha, who she plans to hire out as a toupee if the economy takes a turn for the worse. In her spare time, Linda enjoys writing paragraphs about herself in third person (ha ha), and taking dressage lessons on her retired racehorse, Sedentariat.

Linda Vernon’s writing has appeared in various newspapers around California including The San Jose Mercury News, The Oakland Tribune and The San Diego Union Tribune. She is also a past Grand Prize Winner of the infamous Bulwer Lytton Fiction contest (it was a dark and stormy night. . .) where writers vie for the dishonor of writing the worst beginning sentence to an imaginary novel.

You can also reach Linda via email 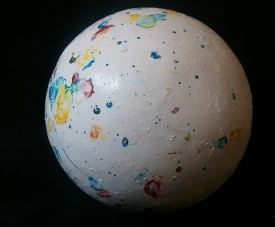 Jaw breakers were the “ve have vays of making you talk” penny candy of the cold war world. A jaw breaker was a ball of sugar hardened to the consistency of steel (probably utilizing secret technology stolen from the Russians).

Jaw breakers were designed to do one or all of the following things: 1) break your jaw 2) shatter your already cavity-filled teeth (see Pixie Sticks) and/or 3) administer death by choking.

But despite these drawbacks, jawbreakers remained a reliable penny candy purchase if only for the shear excitement of sucking on them while cheating death.

The most memorable jaw breaker of cold war penny candy was called a Sputnik. It was blue with sharp little spikes sticking out of it. It had that telltale 1950’s mysterious blue candy flavor you could never really put your finger on – maybe because it was derived from blueberry extract with just a hint of radio- active isotope but we’ll never know for sure.

The United States government was pretty sore when the Russians beat us into space by launching the Sputnik satellite; but not as sore as the Sputnik Jawbreakers made the inside of kids’ mouths all over America.

There were two types of bubble gum to choose from: Double Bubble and Bazooka. Both came with comics wrapped around a little pink squares of bubble gum and each had a dividing line down the middle so that it could be divided equally and shared with a friend or comrade (if it came to that).

I always preferred Double Bubble simply because I felt the Double Bubble comics were funnier than Bazooka’s. Plus, I never much liked Bazooka Joe. He seemed untrustworthy with that patch over one eye, which, looking back on it now, probably had a miniature camera hidden in it to document whether or not American kids blew bigger bubbles than Russian kids.

Kids today just don’t realize how lucky they are to not have to worry about such things while making their penny candy purchasing decisions.

On the other hand, one piece of penny candy now costs $2.59 –so I guess everything has a way of evening itself out in the end.