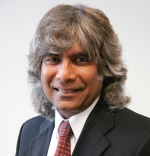 XProfessor Jeyaraj Vadiveloo Background:
As Professor & Director of the Janet & Mark L. Goldenson Center for Actuarial Research at the University of Connecticut, Dr. Jay Vadiveloo works on applied actuarial research projects using teams of academicians, students and industry professionals. Dr. Vadiveloo has a doctorate in statistics from the University of California, Berkeley, is a Fellow of the Society of Actuaries, a Member of the American Academy of Actuaries, and a Chartered Financial Analyst. He has over 25 years of experience working in senior level management positions in the life insurance industry and more than 20 years of experience with UConn’s actuarial science program. In addition to publishing articles in the actuarial literature and speaking at actuarial conferences, Dr. Vadiveloo is also the patent holder of an algorithm (Replicated Stratified Sampling or RSS) for risk modeling that exponentially reduces processing time at a pre-determined accuracy level for any complex actuarial modeling.

The NRSI research has been a culmination of over 18 months of study involving teams of graduate students and faculty members at the University of Connecticut under the guidance of Dr. Vadiveloo and funded by the Goldenson Center for Actuarial Research. Dr. Vadiveloo can be reached at:

While these are only a sample of retirement indices currently available, all these measures have some of the following limitations:

The Goldenson Center’s National Retirement Sustainability Index or NRSI attempts to overcome the limitations of current retirement indices by incorporating the following attributes:

The NRSI comprises of two parts:

The main results are shown in the tables below for the current year, 2013, and two prior years, 2008 and 2006, to demonstrate how the NRSI changes as economic conditions change. 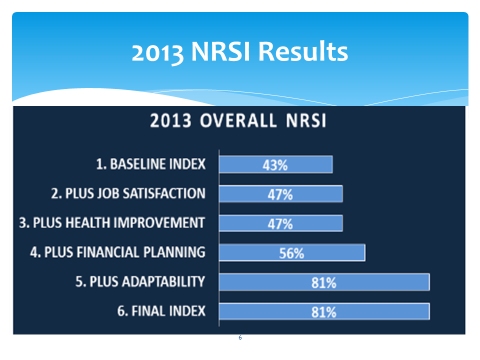 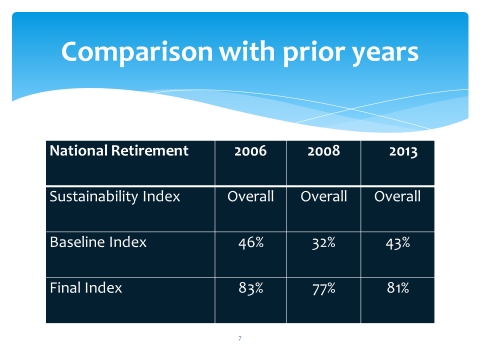