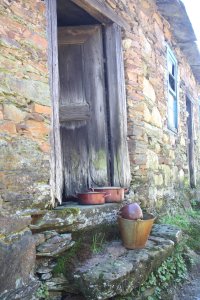 There is entertainment of most kinds during the year in the bigger cities. There are concerts and festivals. In June this year will be the second edition of O Son do Camiño, held in Santiago. Names such as David Guetta and Iggy Pop are prominent. In July there’s a folk festival in Ortigueira, with folk groups and singers from all over the world. Also in July there’s a hard rock/heavy metal festival in Ortigueira. Last year KISS and Scorpions were headliners. There are other scattered concerts, including Festival do Noroeste in A Coruña, in August, with Patti Smith performing, and other, one-performer concerts. There are other, quieter concerts, as well. Various operas are also put on, and there are classical music concerts. There’s all different kinds of music to fit different tastes.

For those with a simpler outlook on life, and who look for communion with nature, green Galicia doesn’t let them down. Kilometers of beaches line the coast, admittedly some packed in summer, but a few gems are still undiscovered. Inland, there’s farmland that stretches to wooded hills, speckled with small villages and solitary houses. There are small interior treasures, such as the abandoned monastery of San Pedro de Roca in Esgos, Ourense. There is a restored building that houses an ethnic museum and talks about the small monastery that used to be there. Behind it, what remains of the monastery can be visited, including a chapel dug into the rock. It has the peculiarity of man-sized tombs carved into the stone floor, where the monks were laid to rest when their days of prayer were done. The area that surrounds it has paths that can be followed deep into the woods. The canopy of green makes one expect to come face to face with a fairy around the trunk of a tree.

With all its green and bucolic beauty, the interior of Galicia is being abandoned. With few jobs, most young people move to the cities or other regions of Spain. Villages that once thrived are reduced to one or two old men and women who can’t abandon their ancestral homes until they go to their rest. Entire villages are up for sale, ready for whoever can buy them and restore them. Some have already been bought and restored, and serve multiple purposes. A few have been turned into rural hotels. Greater peace cannot be found.

Some of that farmland contains dairy farms with hundreds of cows. Driving down a country lane in the interior, one might find a cheese factory. Many of these small factories are family-owned, and produce cheese mostly by hand, only employing the most basic machinery to make sure quality is maintained. Few of these cheeses can be bought outside the area, and certainly not in the big supermarkets. The same goes with small wineries. Along the Ribeira Sacra in the north of Ourense and south of Lugo, steep hills are still planted with vineyards. Some were first planted by the Romans two thousand years ago. Machinery can’t be introduced on those slopes, and maintenance is done by hand, as well as grape picking. A drive along those hills in September will reveal groups of people working, picking ripe, reddish purple clusters of grapes, and packing black, open-work boxes on the backs of the tractors that will take them to be squished into the lifeblood of a Galician meal.

That wine will pair well with the seafood that regales the shores. Crabs, scallops, lobsters, clams, cockles, and percebes (tasty barnacles) are the highlight of a visit to a seaside market place. They are not particularly cheap, but there is not one house that doesn’t buy at least one kilo of clams for a celebratory dinner of one kind or another. On feast days and Christmas (most especially Christmas), there is no house that doesn’t serve one or two dishes of seafood. Most people buy fresh. There is frozen seafood to be had, at cheaper prices, but it’s not local. Galicians heartily believe that their seafood is the tastiest in the world, and well worth the extra euros. 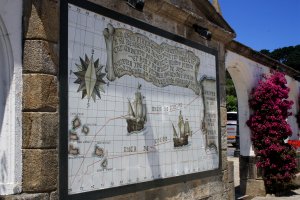 What is on almost every table at least once a week, especially in winter, is caldo Gallego. In its most glorious sense, it’s a two plate meal. It consists of potatoes, leafy greens, navy beans, salt pork, chourizos, and sometimes beef or chicken. Before getting to the meat and potatoes, the broth is skimmed off and served like a soup. Then, it’s a matter of putting the vegetables on the plate, and slicing off the meat one wants. The salt pork can easily consist of half a pig’s head, preserved in salt, and soaked before cooking in fresh water. The chourizos might be simple, or might be a butelo, common in Lugo. A butelo is larger and filled with different cuts of meat. There is a festival dedicated to caldo Gallego in Lalín, Pontevedra, that takes place every year around Carnival, which is when the dish is traditionally consumed.

To those who like to sit to a good table, there are food festivals of all kinds, from the caldo Gallego, to percebes. These are a kind of barnacle that are collected from rocks where the waves break by valiant men and women who risk their lives to earn their livelihood. Clams in green sauce from Carril, outside Vilagarcía, have their own festival. And there’s no midsummer bonfire complete without roasted sardines, preferably fished in Rianxo, famous for its sardines.

Galicia is a region of contrasts, from the cool and rainy northeast coast, to the thundering waves of the Costa da Morte on the northwest side, to the calm, sunny beaches of the southwest shore, to the green mountains of Lugo, to the parched interior of Ourense, to the rolling farmland of the central plateau. There’s something here for everyone.