XCarolyn Bushong Background:
Carolyn Bushong grew up in the Midwest, and after finishing her two degrees and a short marriage at age 21, she moved to Aspen, Colorado. After a variety of odd jobs in Aspen, she started her own business, Aspen Counseling & Tutoring. She moved her business to Denver, Colorado in l984.

Carolyn Bushong, L.P.C. is a Licensed Professional Counselor working with people who want to solve personal issues, find a healthy romantic relationship or improve a relationship they are already in. She has authored and published 3 relationship books, and McCall's called her one of the top relationship therapists in the country. For years she has given relationship advice to magazines, on the radio and TV, including several appearances on the Oprah Winfrey Show.

She has been in a relationship with her mate, Alan for 28 years. They are snowbirds and have homes in Denver, Colorado and Tucson, Arizona. Alan is retired while Carolyn is semi-retired, continuing her counseling services.

Please visit Carolyn's website. You can also reach her via email. 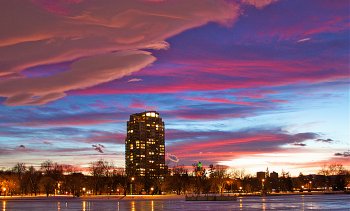 I’ve never believed in the idea of sacrificing now to plan ahead so I could retire. I thought I would just work until the day I died. I’ve always practiced “live for today,” while Alan (my mate) did some of that, but he, a stockbroker, practiced what he preached, and prepared for retirement.

Alan is retired and I am semi-retired.

It all seemed too “normal” to me to get married, have kids, then become empty nesters and retire. Alan and I have been in a committed relationship for 28 years now, but never married, and we’ve kept our money separate for 25 of the 28 years. He has a grown daughter from a previous marriage while I have no children, and we’ve been living a fun, somewhat extravagant life with a city home (his) and a mountain home (mine), and now here we were looking at retirement. The retirement thing brought up many new issues for us, especially my spending habits, giving up my Denver psychotherapy office, and where we were going to live in the winters now that we didn’t have to be in Denver full-time.

Alan and I have always had different beliefs about money, but since we didn’t have joint accounts, we never fought about these issues. I always paid my own expenses plus my half (my idea, not his) when we went out together. This was true until we started talking about his retirement, and his desire for me to go to a warmer climate with him in the winters. Even though I was tired of the winters in Colorado, I fought him at first, especially since I had very little money saved and couldn’t figure out how we were going to pull it off. Since we hardly ever spoke about money, you can imagine my surprise when he told me that he had saved money for our retirement and that I wouldn’t have to worry. 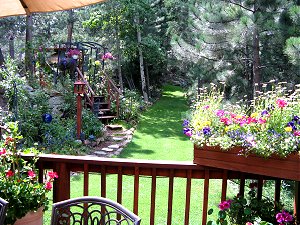 He made me an offer I couldn’t refuse: If I would close my counseling office in Denver, he would start covering all the bills for both of us. As exciting as it seemed, I was terrified. I had always been independent and had vowed to never be dependent on a man like my mother was. Part of the agreement was also that I had to curtail my credit card use and pay off my credit card debt before the retirement actually happened. Since I had little money to do this with, I stopped using the cards and negotiated with the credit card companies, threatening to go bankrupt if they didn’t work with me. They worked with me and I was able to pay the credit cards off. I now have one credit card with a $500 limit.

I am still working part-time as a marriage counselor, dating coach, and therapist, mostly by phone in both cities, so I still have money of my own. However, like I had feared, we still had money issues when I wanted to travel or make a large purchase and he would say we couldn’t afford it. I felt like I had become a child again asking for money. I told him how I felt and we have worked it out by creating a small family account that he deposits money into and I use it only for larger purchases, using my own income for most other things.

We had visited friends in Tucson and Alan had fallen in love with it. I had not. I don’t really like the desert. Being a gardener, I’m into green grass and tons of flowers. I thought maybe we could retire in California or Florida. California of course is too expensive and Alan reminded me that it would be very difficult to drive my 6 cats to Florida. So we began to look in Tucson, but I did not yet fully agree. The first homes we looked at were beautiful on the inside because they were brand new, but only had desert landscape on the outside. 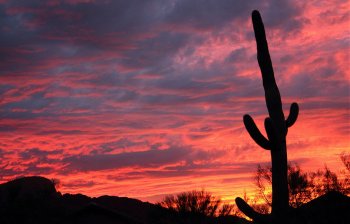 I hated them and said I could not and would not live in any of them. We looked at about 40 homes and finally found one I loved with beautiful gardens and palm trees, but the inside had blue tubs and sinks, etc. We made a low offer and it was rejected.

We finally found one that was built in 1997, but completely remodeled inside in 2009 (looked like an HGTV remodel). I walked in the house and looked through the back glass door to green grass, a gorgeous pool, three palm trees, lots of regular trees, great plants, and room to put in tons of flowers, which I have done. There is also acreage with a desert landscape (which he loves) with 40 saguaros beyond the backyard fence and a view of the Catalina Mountains. Alan sold his city townhouse and bought the house in Tucson that we both fell in love with.

Pre-Retirement on the island of Cyprus