XSandra Brian Lore Background:
Sandra Lore was born in Illinois, attended Northwestern University and graduated from Illinois Wesleyan University. She accompanied her peripatetic husband Mark on foreign service assignments for 32 years. They are the parents of two grown children and one almost grown grandson. They have retired to the beautiful Shenandoah Valley of Virginia where Sandra spends most of her time doing as she pleases—some volunteer work, lots of reading, lots of writing and fiddling away time on her violin and mountain dulcimer. She wrote a book called From Oreos to Olios for her then 12-year-old grandson so he would learn a bit about growing up in the last century. So far, retired life can’t be beat! 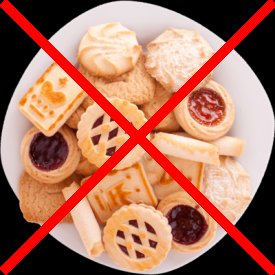 In the past I’ve written about how as a child I ate cottage cheese and peas with sugar sprinkled on the top. I learned how tasty sugar was early in my lifetime.

Another strange tale from my childhood: It was during the same era when we colored margarine which came from the grocery store looking like white grease. We lived in Illinois, and I believe this had something to do with Wisconsin dairy farmers not wanting look-alike competition to their real butter. Thus, white grease.

Before I get into sugar, and for those who don’t know about these olden times, little pats of orange goo were included with the fake butter (aka early margarine). Our job as kids was to mix orange and white together so the substitute would look a bit more like the yellow butter it was imitating.

Every time my parents had a dinner party, I announced to the guests that we were having real butter tonight. I could taste the difference even as a little kid. Of course, this all took place in the last century. Grease and goo are mild compared to additives in our present day food.

I’m realizing that at 77 years of age, one isn’t too old to learn a new thing or two (without trying). I’m discovering things which never crossed my mind before. Being focused on me, myself and mine most waking hours forces me to monitor certain conditions closely. Or not. Once again, I was encouraged to be observant last week. Yes, you guessed it—another appointment with the doctor—my own Johnny One Note.

But first, one of the things I’ve noted recently is the amount of information being disseminated everywhere on the addictive qualities of sugar in all its forms. To compare it to heroin addiction is frightening. We’ve heard for years that manufacturers add sugar to almost everything we ingest. That is making us into terribly obese human beings—not exactly poster children for our times.

I have heard that Michelangelo’s statue David spent three months in the United States and returned to Italy obese. So, if it can happen to gorgeous David, imagine what it’s doing to us mere mortals.

I visited my doctor for the last time. She is retiring, so we spent a few minutes talking about my recent weight gain–one of her favorite subjects. That topic is often followed closely by talk of 30-minute walks daily. With 17 steps between the two floors, which I traverse many dozens of times a day, I count that as “walking” time. I decided not to ask her opinion on that option.

Back to sugar. New to me was the fact that critters lodge themselves in our mouths. My doc said they crave sugar. Did you know that? They are called something more scientific than “critters.” Nevertheless, I’ve initiated my own little war on the mouth critters. Today is the first day. With one English muffin, a piece of turkey bacon and low fat cheese plus three mugs of coffee, I began today. About an hour after that decent breakfast, I created a delicious smoothie of yogurt, raspberries, a banana and a cup of milk which I shared with my husband.

Now, it is more than an hour until the earliest possible lunch time, and I’m bemoaning the fact that I ate all those graham crackers last week. (They are delicious dunked in milk—if you have sworn off dunking Oreos, that is). Unfortunately, they, like everything else, contain sugar, which I’m attempting to avoid.

So, here I am. Not of the one percent but one of the more privileged beings in the world, I get three square a day. Before this morning, I was able to gobble up many snacks as well. Why am I feeling sad? Is it those darn critters yelling? Maybe I’ll brush my teeth again and find some strong mouth wash to hush them up. Wonder what their life spans are. Hopefully, they don’t grow larger in the elderly and aren’t reincarnated as advanced and improved mouth beasts.

Still chewing gum—the sugarless kind that kills rats in the lab. I’m thinking the gum may affect those beasties also, so I’ll keep on chomping.

The internet (the source of all wisdom) tells me the good news is, dial back sugar consumption and the palate returns to normal, gradually responding to the natural sweetness in fruits and even vegetables. So, take that you microorganisms, parasites, bacteria, critters or whatever you are. You’re going to have to find another resting place. I’m done with you. I’m going have a normal palate.

Now, to that mouthwash to speed up the process. I’m in charge of something vitally important! Me, myself and I are attacking those sneaky mouth critters—my middle-of-the-year resolution. You got critters. Join the war!