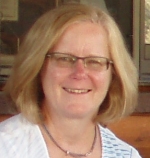 XDiane Norman Background:
I retired six years ago after working 30 years in the banking and insurance industry. I love reading, writing, traveling and spending time with my husband, friends and family. I have been taking jewelry classes for three years enjoy making jewelry. And I’m finally settling into this life as a retiree…

Retirement was never really in my plans. Sure, I contributed to my 401K and saved money for retirement, but I never really planned the age I would retire or what I would do when I retired. Yes, it was ironic that my job was planning, but I didn’t have a plan for my own retirement.

I was in my early 50’s and couldn’t really imagine not working. I was enjoying my job as a Program Manager at a global insurance company where I planned and implemented large projects from installing software systems to managing a construction project and moving employees to a new corporate campus.

A couple of years earlier I married a wonderful man I had been dating for several years. We were excited about our new life together, and we were making our long distance relationship work despite the 500 miles that separated us. Basically we each had our own Monday-Friday work life, and we traveled to get together on weekends. It worked for us though we knew we eventually wanted to be in the same city.

Retirement was the furthest thing from my mind. But sometimes when you least expect it, life’s experiences put everything into focus.

Shortly before my 54th birthday, I was diagnosed with early stage breast cancer. Suddenly thrown into a world of doctors, surgical and treatment plans, my focus became my own health. I worked the entire time I was going through radiation, but I also thought a lot about my life and what was important.

As anyone who has experienced a life threatening disease can tell you, priorities change. I began to question living apart from my husband. And why was I working such long hours at a high-pressure job? Was there another purpose for my life? What did I want from life? And somewhere in the midst of these questions the idea of retirement started forming.

In the year following my cancer diagnosis, little things about the job began to bug me. I had several different bosses during this time frame, and each one changed my responsibilities. I had a tough time mustering up excitement and enthusiasm about the work they were asking me to do, and I began to dread the workday. My heart just wasn’t in this job anymore.

I began to review finances with my husband, and we evaluated our household expenses. Owning two homes was definitely expensive. Certainly we could do better with a single house and less commuting costs. After a lot of number crunching, we agreed we were financially ready for me to retire. And with my husband working a part time job after his own retirement, we knew that I could also find work if we needed the money.

I took the plunge and retired in October of 2011. It was scary and exhilarating at the same time. For the first time in my adult life I was setting out on a new road where work didn’t define me. I didn’t know what I would do in retirement, but after 30 plus years of working in the financial services industry, I just wanted a break from the work scene.

I’ve been retired more than two years now, and it’s an ever-changing journey. During the first year of retirement, my husband and I remodeled my house so we could sell it. I laugh now at how I tried to “project manage” my husband which, of course, didn’t work.

It was a stressful time of making repairs, upgrading bathrooms and kitchen, installing new flooring and painting the interior of the house. And our different styles were causing some issues. My husband is an engineer, and he researches every detail before making a move. I do a little research, make a decision and then race ahead. We soon realized that to preserve marital bliss, we needed to divide and conquer the tasks. We found that working separately but touching base often worked well then and now.

Retirement Planning: Retire To Something, Not From Something