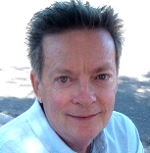 XMichael Murphy Background:
My wife and I have been married for forty-one years. We live in Arizona with our chickens, dogs, cat and five wonderful grandchildren.


You can reach Michael at

Four days after my 60th birthday, my employer of 17 years laid me off. Unfortunately with the economy of the past several years, my experience is hardly unique. However, I was fortunate to be in a position to retire and pursue what had been a part-time activity, writing, into a brand new career. In 1999 I began my first novel and by 2007 I’d completed several which were published by small but terrific publishers, but after retiring from a business career, I found myself with plenty of time and creative energy on my hands.

I began Goodbye Emily, a novel about three members of Woodstock Nation, baby boomers who relive their road-trip to Woodstock in 1969. Today marks the forty-fourth anniversary of the event.

However, my focus wasn’t on the memorable music festival, a cultural event that defined a generation. My focus was to realistically portray what it means to be sixty-something.

I’m proud of our generation that ensured civil rights for minorities and women, sent Americans to the moon and forced an end to an ill-conceived and poorly executed war that cost so many lives. I was tired of seeing us portrayed in contemporary fiction and movies as grumpy get-off my lawn type of people.

I wanted to create characters that realistically portray baby boomers. Boomers have talent nurtured by experience. We see humor in life, perhaps because we’ve seen so much despair. And we’re sexually active.

But in writing a novel that flashes back to Woodstock, I interviewed many who were there and learned a great deal about the event. Everything went wrong for the organizers. They wanted a festival in Woodstock, New York where Bob Dylan and other musicians lived. Their idea was a two day event for 50,000 to raise enough money to build a permanent studio in Woodstock. They secured a location in an industrial park in nearby Wallkill, New York, printed tickets and began to get the word out.

But local authorities, concerned about their town being overrun with hippies, cancelled the event weeks before August 15, 1969. Organizers scrambled and secured forty acres of a dairy farm owned by Max Yasgur.

But more than 50,000 showed up; estimates range from 400,000 to a half million. And they arrived early. Since fences weren’t completed in time, organizers gave up trying to collect tickets and created a free concert.

Roads were jammed with cars and performers couldn’t get into the event. The few performers who were there didn’t want to open the event, but Richie Havens was talked into going on stage and his performance is legendary. Country Joe McDonald who was scheduled to perform with his group, Country Joe and the Fish, borrowed an acoustic guitar and presented the world with the Fish Cheer.

The festival, originally scheduled for two days, lasted more than three. The grounds were inundated with record rains. It suffered shortages of most everything, but Wavy Gravy and his friends in the commune The Hog Farm provided food, security and treated drug overdoses. The music was legendary and the movie that chronicled the event won an Oscar.

Like their fellow baby boomers, Woodstock performers haven’t let age or retirement interfere with their activities. Crosby, Stills, Nash and Young, Joan Baez, Arlo Guthrie, Country Joe McDonald and John Sebastian are just a few of the acts who still perform around the country and around the world.

Retirement, even an unexpected one, gave me the opportunity to write a novel about Woodstock and the people who attended, those we call today, Woodstock Nation.

When to Appoint A Monitor For Your Power of Attorney