February 9, 2021 |  Category:   Health  |  5 Comments
Author:   Bonnie Friedman  posts:  13    Author's   bioXBonnie Friedman Background:
Bonnie Friedman is passionate about the need for patient advocacy. Her new book, Hospital Warrior: How to Get the Best Care for Your Loved One, provides hands-on advice and tips for navigating the hospital environment. Her podcast, Advocates & Experts, offers conversations and interviews tailored to the interests of advocates. She also blogs and speaks regularly on healthcare and advocacy issues. 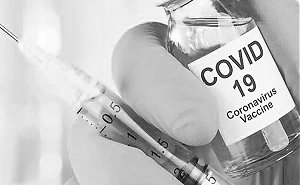 My head was spinning with information—and misinformation—about Covid-19 vaccinations coming by way of emails, media reports and conversations with friends and family. Sign up? Don’t sign up yet? Why can’t I sign up? Why was my sign-up canceled?

Every time I checked my phone, there seemed to be another round of confusing and sometimes conflicting information about the status of sign ups in my area. I am in Tier 1c (age 65 to 74), and several older people I know had their first inoculations. But some people in my age group had theirs too. So, where was my shot? Why was I having so much trouble getting one?

It turns out, I was not alone. People in numerous states are having difficulties. Many think that signing up on a county or state website will result in an appointment in a reasonable period of time. Sadly, that is not necessarily the case.

In Maryland, where I live, the state and county have different distribution systems for delivery. Some vaccines go to health departments; some go to hospitals and clinics. Still others are sent to pharmacies. This is intended to broaden the reach of distribution. But for the person trying to get an inoculation, it means scrambling around, registering and then checking back regularly on multiple sites to keep up with what’s available where and when. You need a spreadsheet, a score card or a Ouija board to keep track of it all.

Finally, I got an appointment. The state site where I registered directed me to an adjacent county. My request for an appointment was confirmed. Then reports started appearing in the media that the site would no longer accept appointments for people not living or working in that county. I was never even sent a notice telling me not to show up.

So, I made another appointment at a hospital in my own county. That request was confirmed. But a few days later, I got an email telling me that the appointment was canceled because the facility had gotten ahead of itself. While registration was technically open for folks in Tier 1c, they weren’t ready to take appointments just yet. So, I should try again at another time. The notice also admonished those who were “cutting the line,” that is getting ahead of their rightful place. Since I had followed all the rules, that was a dose of proverbial insult added to injury.

Meanwhile, like countless others, I waited. We know there are distribution problems from the federal level on down to the individual inoculation sites. But we also know that the Covid-19 virus is mutating, deaths are increasing at alarming rates, and we aren’t getting any younger.

The cavalry arrived in the form of my 30-something son who took over monitoring vaccination sites on my behalf. The other day he called to say he had secured an appointment for me about 40 minutes from my home. I had tried the site he used but with no success. So, I wanted to know what he knew that I didn’t.

Here’s what I learned:

That’s what worked for my appointment, and I have heard similar advice from others who know something about navigating these high-demand sites.

For now, too many people at high risk of Covid-19, including seniors and those of color, are trying their best but having serious difficulty getting appointments. Their lives have narrowed to television sets, radios, tablets and phone screens—if they have them—waiting for more confusing news about the availability of shots.

I was one of the lucky ones. My first shot came with a bonus: a confirmed appointment for the second one a month later. But too many people I know are still asking: Where’s my shot?

It didn’t have to be this bad. President Biden and his administration tell us help is on the way. I want to believe them. But people need help now accessing appointments even when they are available. Distribution should be better coordinated at all levels.

Directions need to be clearer. Technical assistance should be provided for those who need it. Let’s make the system work better so everyone can get their shots as quickly as possible. That’s how we’ll ultimately beat the pandemic.

The Right To Be Sad